Made in Italy from fermented American and Italian dark-fired Kentucky tobaccos, Toscano cigars differ from their Caribbean counterparts in that they don't have to be stored in a humidor to retain their quality. Referred to as dry cigars or "cheroots," Toscano cigars are perfect for travel and casual everyday enjoyment, and due to their strength and length, they're traditionally smoked ammezzato — cut in half rather than smoked in their entirety, effectively providing two smokes per cigar. Here Toscano presents the Extra Vecchio. Literally meaning "extra old" in Italian, these dry cigars undergo a double fermentation process before being aged 9 months, boasting a full-bodied profile marked by notes of earth and spice — offered in packs of five. 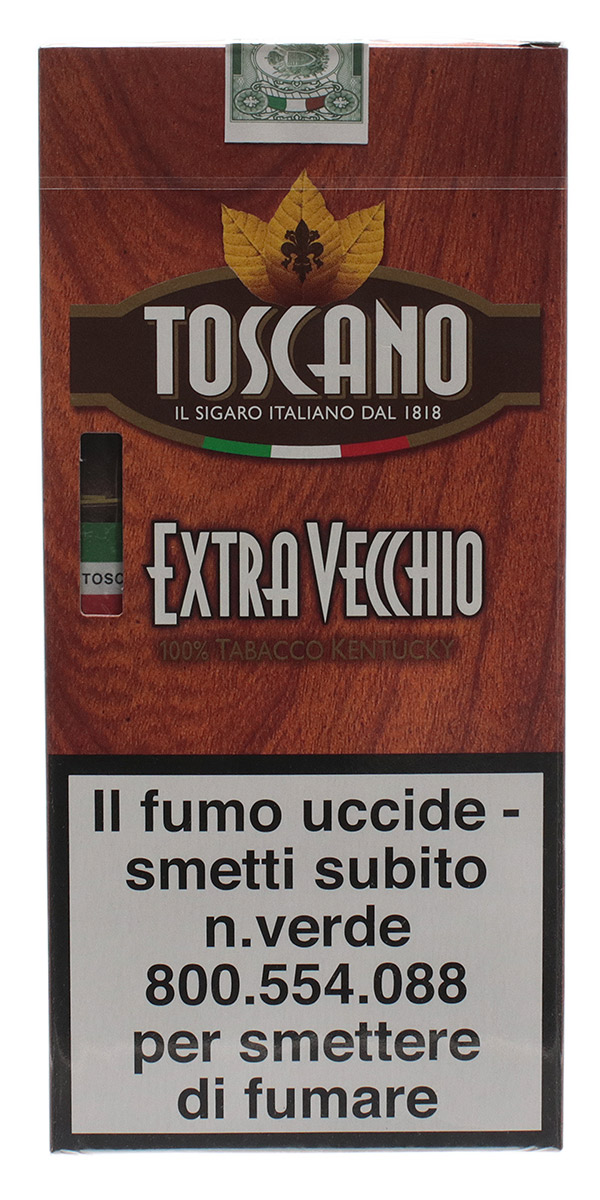 Customer Reviews (1 Total)
Write A Review
Write a review
Overall Rating:
5.00 out of 5 stars
Lovin’ it
By: Pipester.ph
Product: Toscano Extra Vecchio
My first cheroot! And I’m lovin’ it already. It smells good without even lighting it yet. It tastes good and I can chew it unlit all day. Lighting it up gives a bold delicious flavor that’s smooth and cool. Like the dark-fired leaf in pipe toba... Read More cco. Awesome! Read Less