Made in Italy from fermented American and Italian Dark-Fired Kentucky tobaccos, Toscano cigars differ from their Caribbean counterparts in that they don't have to be stored in a humidor to retain their quality. Referred to as dry cigars or "cheroots," Toscano cigars are perfect for travel and casual everyday enjoyment, and due to their strength and length, they're traditionally smoked ammezzato — cut in half rather than smoked in their entirety, effectively providing two smokes per cigar. Here Toscano presents the Modigliani. Named after the early 20th century painter from Tuscany, Amedeo Modigliani, these dry cigars showcase tobacco that's been fire-cured with the wood of fruit trees before being aged 6 months, imparting a slight, fruity sweetness to the bold profile — offered in packs of five. 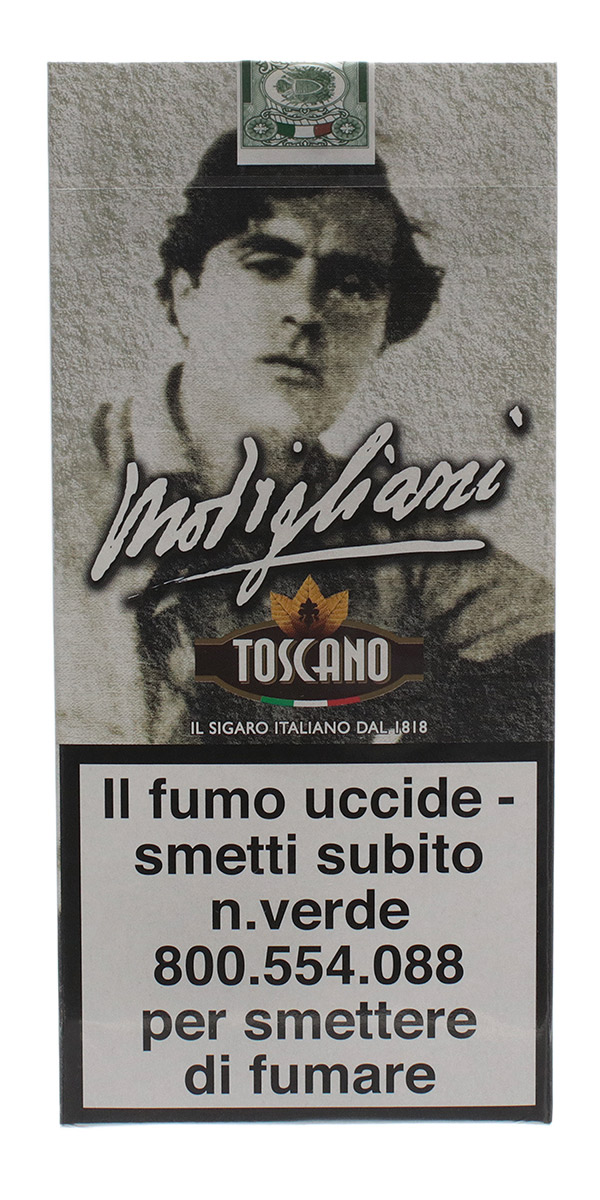 Customer Reviews (3 Total)
Write A Review
Write a review
Overall Rating:
4.83 out of 5 stars
The absolute best!
By: Spencer C.
Product: Toscano Modigliani
I love Sigaro Toscano. They are the perfect all day smoke that is a hybrid (in taste) between a cigar and dark-fired Kentucky pipe blends. However this special edition Modigliani is far better than the standard Classico. Very complex and delicious l... Read More ittle cigars. Read Less
Very nice
By: GG
Product: Toscano Modigliani
I’ve tried a few different Toscanos and these are my favorites.
these are actually handrolled not machine as the description states
By: Vision K.
Product: Toscano Modigliani
incredible smoke probably mybfave cigar now, good all the way thru, sweet dry chocolate smoke
Customers Who Smoked Modigliani Also Smoked:
Ashton