First introduced at the 2011 IPCPR trade show but not fully released until the next year, Viaje's Honey & Hand Grenades cigar featured Nicaraguan tobaccos with a Criollo wrapper, marked by a red, foil covering from the foot to the band, which bore the line's bee-grenade logo. In 2021, Viaje debuted the new Honey & Hand Grenades Maduro: It bears the same red foil and iconic band but trades the earlier version's Nicaraguan Criollo wrapper for one of Mexican San Andrés leaf. A deliciously smooth and complex cigar, the Honey & Hand Grenades Maduro offers a flavor profile of cocoa, malty sweetness, and subtle spice — presented here in The Rapier vitola, a 6.5" x 44 size. 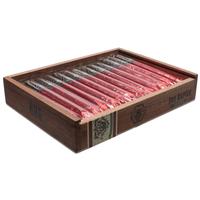 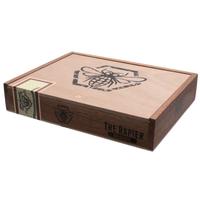 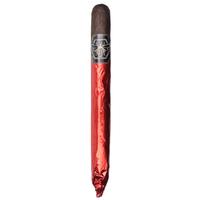 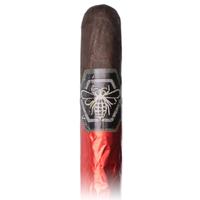