Viaje is renowned for its small-batch approach, prioritizing quality components and intentional processes — even if it means lower production and more sporadic release times. As such, Viaje produces cigars as components become available, and the brand's portfolio almost entirely comprises special, limited-production cigars. While many other companies offer similar, limited releases, most also boast a core line of blends that remain consistently available throughout the year. Not so with Viaje. The brand's reputation has been built on its irregular, highly anticipated, and elusive releases.

Viaje did, however, have a core line at the start of its history: the Oro and the Platino, "gold" and "platinum," respectively. These debut cigars helped catapult the brand to the upper echelon on which it stands today, but they eventually transitioned to annual releases in line with Viaje's model before becoming even more irregular in recent years.

In 2021, though, Viaje reintroduced the Oro and the Platino, having revamped the blends slightly. They both remain Nicaraguan puros, with varied component proportions for distinct flavor profiles, but the revitalized versions are now hand-rolled at Aganorsa's TABSA factory in Estelí, Nicaragua. They're each available in two vitolas, and the Oro is offered here in the Fuerza size: a 5" x 52 Robusto. 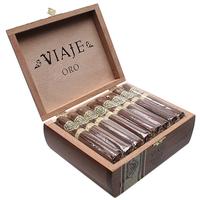 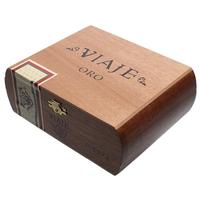 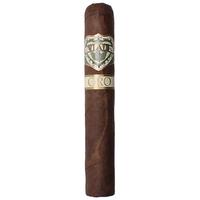 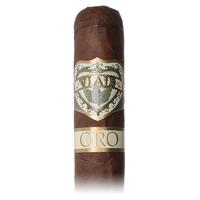