Debuting in 2022, Viaje's The Geisha cigars honor the history and culture of Japan. Viaje founder Andre Farkas has cited a long-standing love for Japan, having been exposed to the country's culture at a young age and developing a fondness for its cuisine and whiskey. In 2010, he released Viaje's first Japanese-inspired cigars, the Satori, and in 2016, he visited Japan for the first time, catalyzing the development of The Geisha. A 6.75" x 52 Perfecto, The Geisha features Nicaraguan binder and fillers from Aganorsa Leaf and is available with two wrappers: The Natural version features one of Corojo '99 leaf, while the Maduro showcases a Mexican San Andrés wrapper. The box design emulates a Japanese bento box, with two removal trays, and when placed together, the boxes of the Natural and Maduro versions complete an image of the cigar line's namesake on the top. 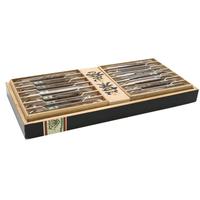 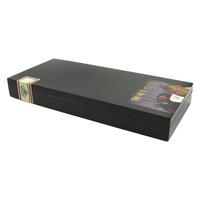 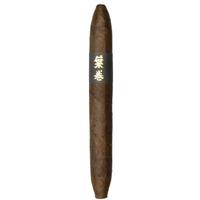 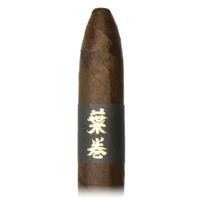