Meaning "The Bear" in Spanish, Warped's El Oso is a medium-bodied cigar rolled in the traditional Cuban style by the hands of Level 9 torcedores at the El Titan de Bronze factory in Miami, Florida. El Oso debuted in 2008, only to return in 2014 before its third release in 2021, and it remains a highly limited-production cigar. The standard El Oso features an Ecuadorian Habano Oscuro wrapper, a Ecuadorian binder, and fillers from Nicaragua and the Dominican Republic, but 2022 saw the release of a third extension to the line: El Oso Mama, joining the El Oso Cub and El Oso Blanco Papa. The Mama combines the filler and binder of the original El Oso but with a Mexican San Andrés Maduro wrapper — offered in a singular 7" x 38 Lancero vitola. 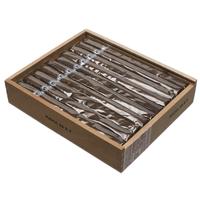 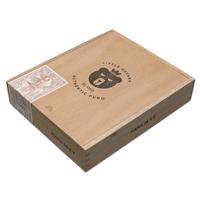 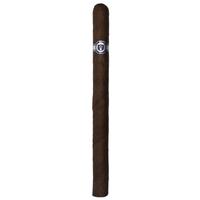 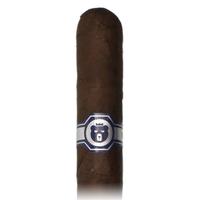