Astley's began as tobacconist located in the upscale shopping district of Jerym Street in London. They contracted pipe makers such as Dunhill, James Upshall, L&JS, and Bill Taylor of Ashton Pipes to make pipes for them, while they mixed fine tobaccos. Astley's No. 66 Cavendish Club combines Virginias with sweetened Black Cavendish for a pleasant flavor and enticing aroma. 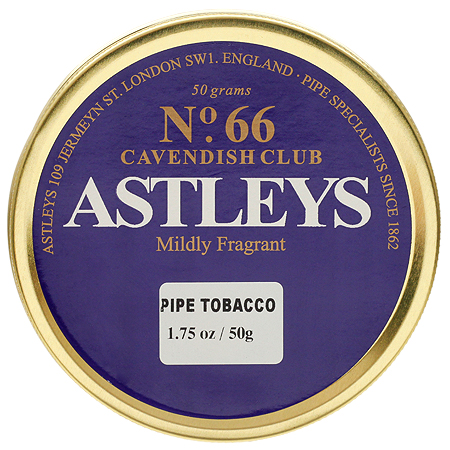 Customer Reviews (1 Total)
Write A Review
Write a review
Overall Rating:
1.50 out of 5 stars
Where is the aroma?
By: Kam D.
Product: Astley's No. 66 Cavendish Club 50g
This is NOT an aromatic in my mind as I could not detect any aroma. It burns well and no tongue bite, but also very boring. A bit of a disappointment for me.