Ennerdale Flake is Gawith, Hoggarth & Co.'s best-selling flake, and it exemplifies the Lakeland style of pipe tobacco for which the blending house is known, incorporating floral essences into the mixture's top notes. For Ennerdale Flake, those floal essences combine with almond, rum, citrus, and vanilla toppings across Virginia and Burley tobaccos. Furthermore, Gawith, Hoggarth & Co. is particularly lauded for their flake tobaccos, which are still produced using machinery from the 1790s and with production patents from the late 1800s. Gawith, Hoggarth & Co.'s only production change in the last 100 years involved transitioning from coal-fired to gas-operated tobacco presses, and their flakes are pressed for nearly a month before being sliced and tinned, personifying traditional pipe tobaccos at their best. 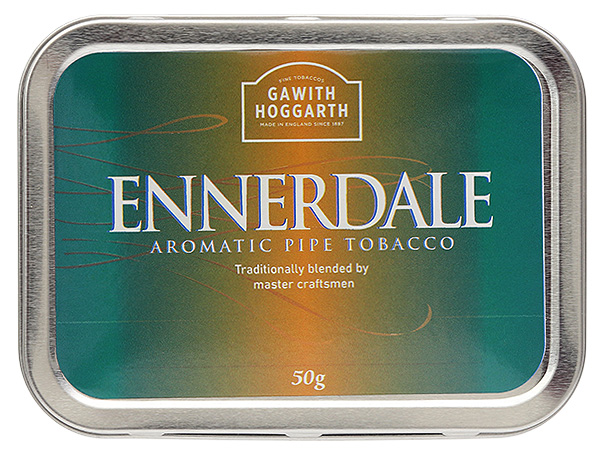