Poul Winslow's style deftly tows the line between Freehand and classic, many of his designs rooted in traditional shapes but studded with fanciful, Freehand flourishes. This particular bent Dublin features the shape's archetypal silhouette, the bowl flaring in traditional fashion and garners the majority of the visual attention due to its large size in relation to the shank and stem. However, it's the bowl's details that set it apart from more traditional interpretations. A fluting channel graces the bowl's left flank while a pair of ridgelines ride up the fore, both terminating at the broad, plateau crowned rim. The transition is seamlessly smooth, displaying the curvature of a Horn in profile with the shank and stem ending in an elegant downturn following their arching orientation. A smoky walnut stain highlights the briar's grain wonderfully while a pale accent along the shank face offers some subtle contrast. Unsmoked. 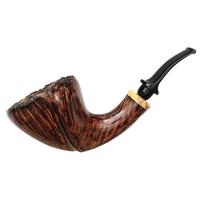 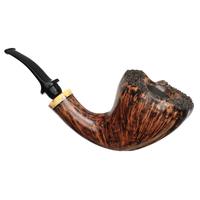 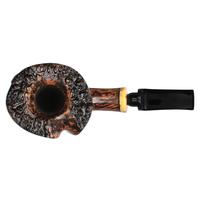 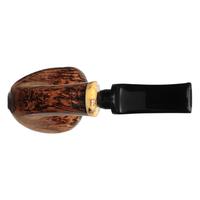 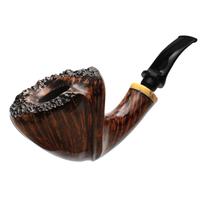 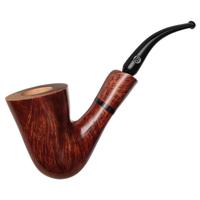 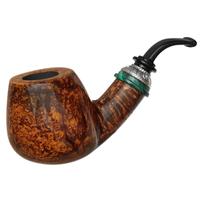 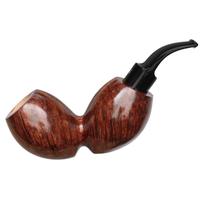 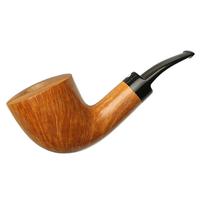 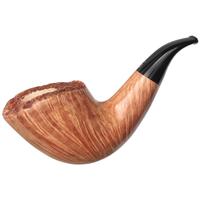 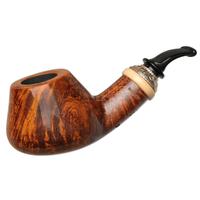 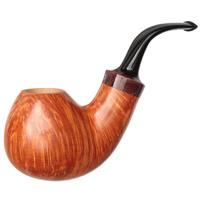 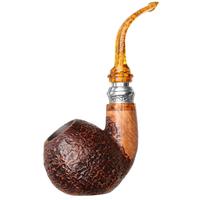 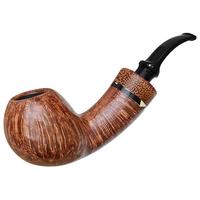