We don't often have the pleasure of receiving one of Sixten Ivarsson's highly collectible pipes and are lucky to see even one or two per year, making this 1961 rendition a truly treasured offering. A legend in the world of pipe making, Danish carver Sixten started the entire artisan shaping tradition when he stepped away from the lathe-dominated industry norm and decided to shape pipes according to the briar's grain. His method became known as the shape first, drill second method, and he tutored others who went on to be legends in their own right — Jess Chonowitsch, Bo Nordh, Jørn Micke, and of course, Sixten's son and granddaughter, Lars and Nanna Ivarsson, being among his most notable students. Later on, Hiroyuki Tokutomi pilgrimaged to Denmark from Japan to seek the Danish master's teaching, and Sixten's influence spread to become a worldwide phenomenon that continues to resonate to this day.

This pipe is a fine example of Sixten's design aesthetic, now called the Danish design school, a highly functional, form as a product of function approach. Here a smoothly rounded, slightly Egg-like Acorn bowl perches lightly on a steeply uplifted shank, paired with a lithe, well-bent vulcanite saddle stem to offer excellent jaw-hanging. It is a quite rare configuration from Sixten, as most of his bent pipes present a more gradual S-curve, in fact, according to our archives, it is the most vertically inclined profile of any of his pipes we have had to date. It creates a stately, dignified aesthetic and, in my view, holds a strong measure of the personality of the man himself.

While Sixten is credited as being the first Danish carver to include natural plateau on the rim, a feature which gained prominence in the Danish Fancy Freehand movement, this pipe incorporates another of his oft-used cues, a softly inflated rim with a chamfered interior. Wearing a traditional auburn stain and smooth finish, it puts the briar's natural grain patterns on full display, with vibrant striations on the underside, left lower flank, and rim, and clusters of birdseye covering the right flank. An enduring piece of history, this pipe offers not just the excellent smoking properties of an Ivarsson pipe but, with a "sun" stamp showing it was fashioned by Sixten's own hands, a chance to cradle and protect the legacy of a legend. 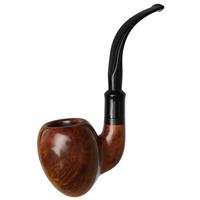 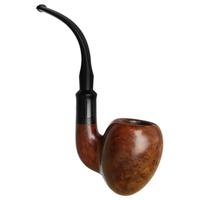 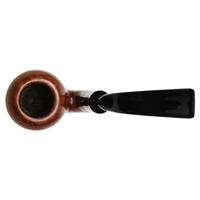 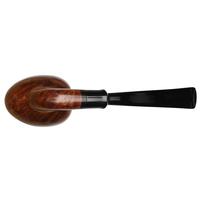 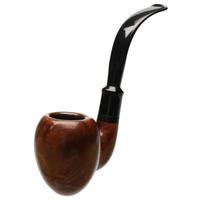 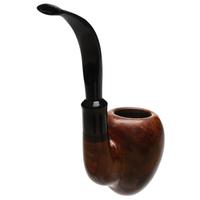 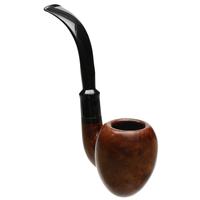 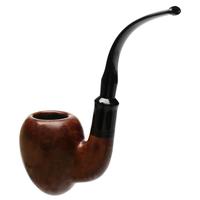