Benni Jorgensen spent 20 years making pipes for W.Ø. Larsen before transitioning into fashioning pieces under his own name after the shop closed. Presented here is a broad, squat Tulip design, the waistline raised like that of an Acorn. This waistline softens, though, at the aft, flowing gently down toward the transition, while at the fore, it presents a much stronger, more protruding stance in profile. This, combined with the underside's consistent curve, makes for a forward-urging sense of momentum, strengthened by the bowl's steep taper toward the heel when viewed from the smoker's perspective. There's some rim darkening and mild chamber carbonizing, but condition is still good here. 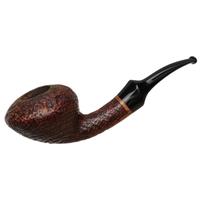 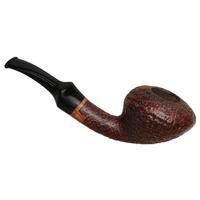 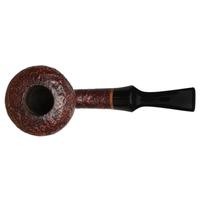 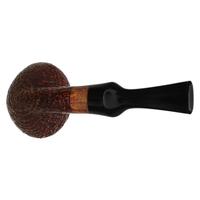 STAMPING:
Benni (In Script)
HANDMADE
MADE IN DENMARK 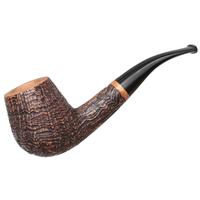 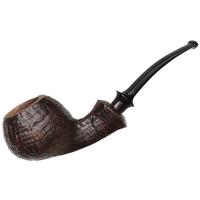 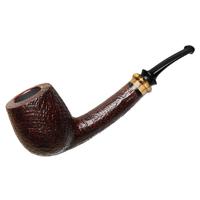 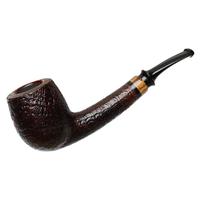 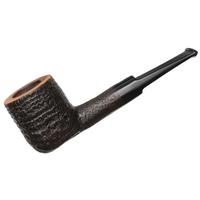 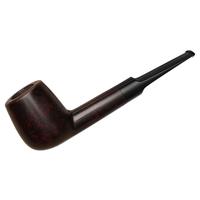 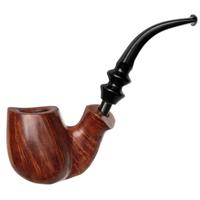 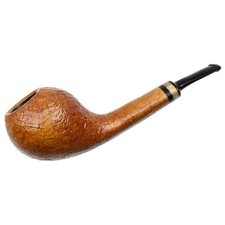 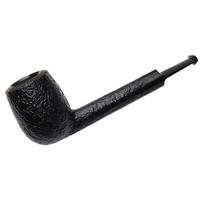