Well regarded as one of the best craftsman the pipemaking world has ever seen, Poul Ilsted was a master of shape, line, and form. His pieces were often marked by tight, crisp panels paired to voluptuous, curving forms, juxtaposing hard and soft lines. He championed an aesthetic that's still looked to by artisan carvers today, namely by Manduela Ruger-Kusk, who studied under Ilsted. Presented here is a diminutive Pot from Poul. Though incredibly petite, the bowl is loud in its expression of grain — streaks of flame covering the entirety. Per his style, the rounded, traditional bowl is paired to a squared-off shank, fitted to an acrylic stem. It should be noted that the horn accent comprising the stem base has a hairline crack along its length, but the crack is only surface level, not extending through the material, and won't affect this collectible piece's smoking properties. 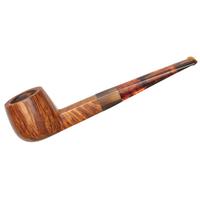 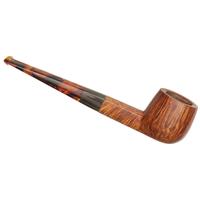 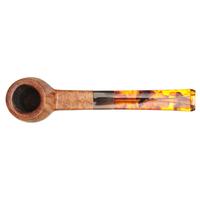 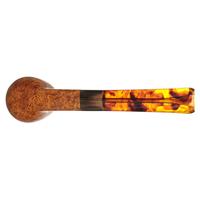 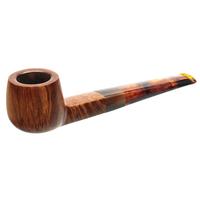 STAMPING:
POUL
Ilsted (In Script)
handcut
MADE IN
DENMARK
F4 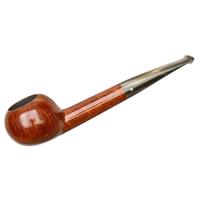 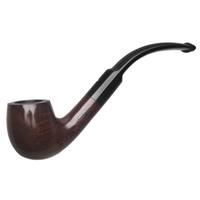 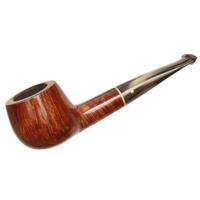 Kai Nielsen Smooth Apple with Horn (Jewel of Denmark) (B) 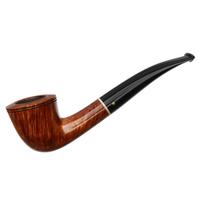 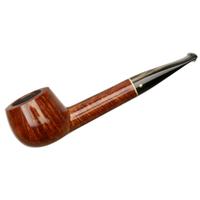 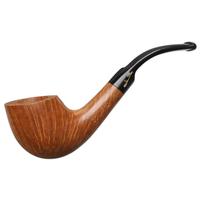 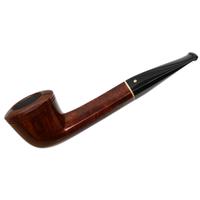 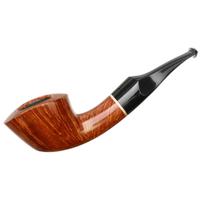 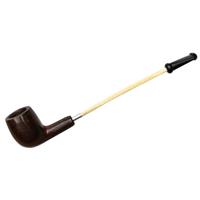