Beginning his pipe making career while a guard in the Danish Air Force, making pipes for other soldiers in his spare time, Teddy Knudsen has been carving pipes professionally since 1970, and his compositions are among the most sought-after and admired in the world. In my experience, his shapes are most often larger, flourishing renditions, but he does seem to have an affection for small traditional shapes as well, like this demure Pot.

With a medium deep, finger-pad pleasing sandblast, this chestnut-stained traditional design is of easily pocketable proportions and extraordinarily light in hand. Teddy spends about four hours on a hand-cut mouthpiece, and the smaller size found here requires no less, and that time is well-represented. I've never had the privilege of owning one myself, but others tell me Teddy's stems are among the most comfortable to be found. In this saddle configuration, accompanying a pipe of this size, it must be effortless to hold in the teeth. 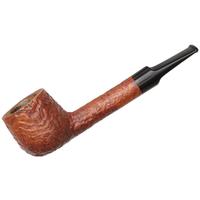 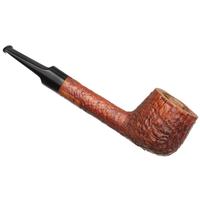 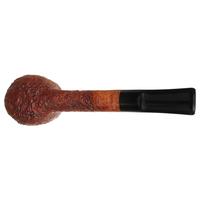 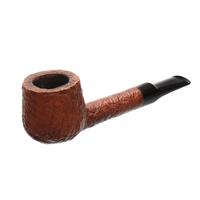 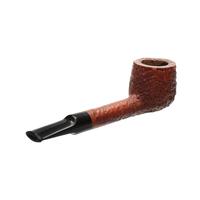 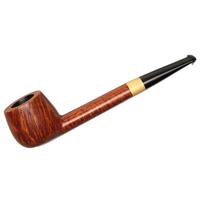