Octagonally-paneled of bowl but also slightly oblong, this piece from Peter Hedegaard is a striking take on the bent Dublin. Most notable in profile is how the shank's underside extends partly into the heel, seeming to raise the bowl higher up the transition and accentuating its architectural presence. Topped with rugged plateau, the bowl is streaked with flame grain all around, brought out by a beautiful, walnut contrast stain. 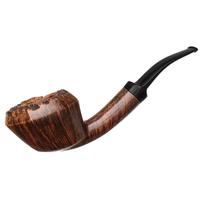 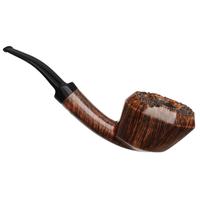 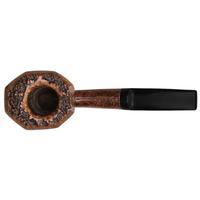 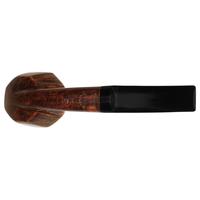 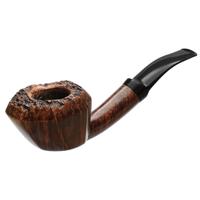 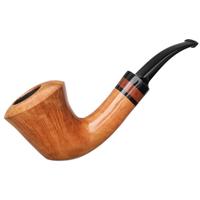 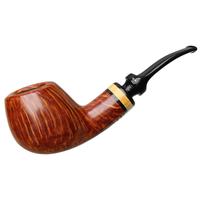 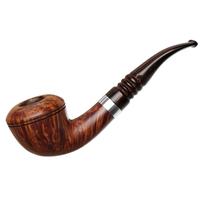