Jon Vesterholm made his first pipe after a meeting with Hans "Former" Nielsen in 2011, going on to become a full-time pipe maker five years later, and crafting unique pieces such as this straight Apple. There's an appreciative bit of sleek, aerodynamic shaping about the entirety of this pipe, though a great deal of this is owed to the bowl, as it takes on a sweeping curve at the fore, and a steep slope at the aft. This gives the impression of momentum here, and certainly makes the shaping more dynamic, with the entirety of the bowl standing atop a strikingly rounded heel that extends downward past the transition. As a result, the transition is more mid-set than we're used to seeing on pipes such as this, and the shank issuing out of it takes on a gentle vertical and swift horizontal flare. Said flares make the aerial silhouette of this pipe quite a bit more interesting, and the shank's marriage to a lengthy, broad-based stem of tapering black vulcanite provides it with a striking, stepped appearance throughout. The bowl has been finished with a low-depth rustication, offering traction in hand without being too sharp, while the rim and shank are left smooth for contrast, all of the briar dressed in a deep auburn stain. 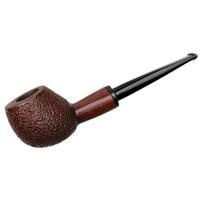 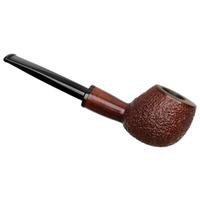 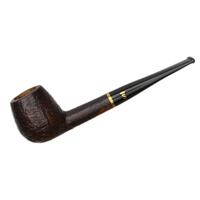 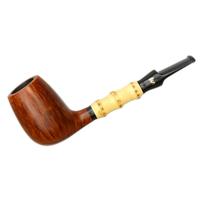 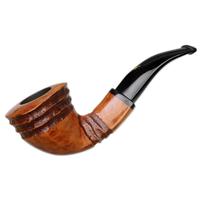 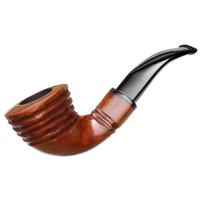 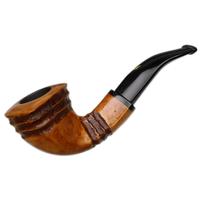 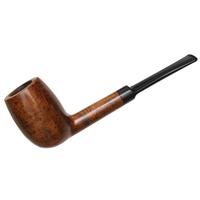 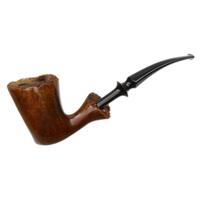 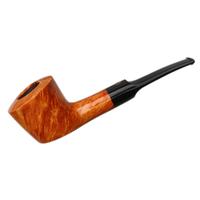 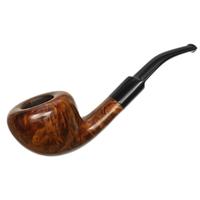