This is a unique take on the bent Brandy from Kurt Balleby, drawing focus to the pipe's transition, an aspect that typically plays a more supporting role in the context of a pipe's artistic composition. The shank's underside is marked by two ridgelines, and they extend through the heel, with the bowl seemingly raised. Such an aesthetic makes for a dramatically defined transition that visually separates the shank and the bowl and accentuates the rigid structure accenting the form. The rigidity of the shank's ridgelines and the crisp sharpness of the transition, then, is juxtaposed against the voluptuous nature of the plump bowl and the curling stance of the shank and stem. It's a striking combination, making this Balleby pipe and its stunning flame grain all the more eye-catching. 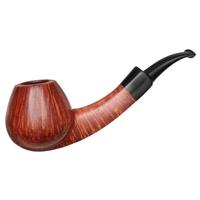 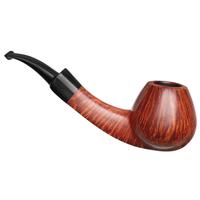 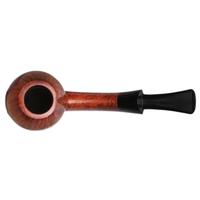 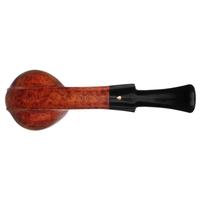 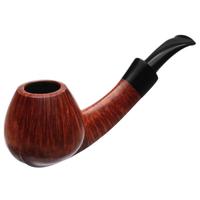 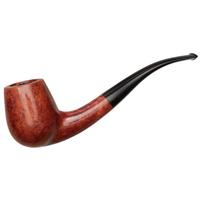 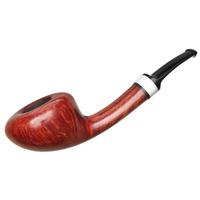 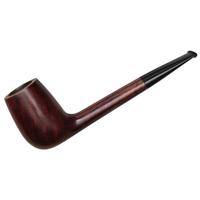 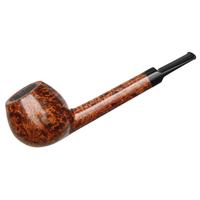 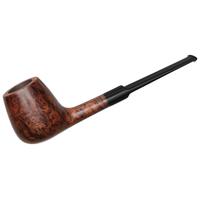 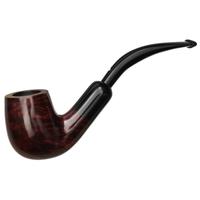 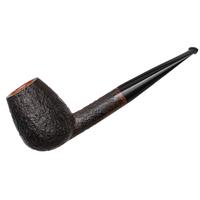