Hans "Former" Nielsen is a living legend within the pipe-making world and began his historic career when he was just 15 years old. Initially hired to repair pipes in Poul Rasmussen's shop in Copenhagen, Former learned firsthand what made pipes function, how they could be improved, and the necessary features needed to make an efficient, optimally engineered smoking instrument. Nielsen would then go on to work at the W.Ø. Larsen factory, eventually becoming a supervisor and was in charge of quality control as well as training new carvers that joined the workshop. During his tenure at W.Ø. Larsen, Former was able to refine his skills and built a workshop of his own, allowing him to carry on the rich tradition of Danish pipe making.

This bent Pot wonderfully showcases Former's approach to traditional shapes, featuring a stout, broad bowl paired to an elegantly arching shank-and-stem combination. The way the grain adheres to the bowl's shaping is superb as tight streaks of vertical grain climb from the wide heel up towards the flat rim. The low-set transition accentuates the bowl's mass, creating minimal cheeking around the bowl's lower flanks to support its shaping. The shank then curves upward from the transition, its end accented by creamy horn ferrule while the stem's single expansion disc offers added visual interest to the profile. This is a lovely piece for any fan of Former pipes or someone interested in Danish artisan compositions. 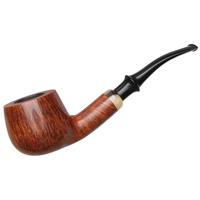 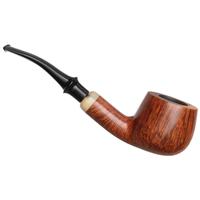 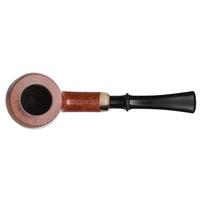 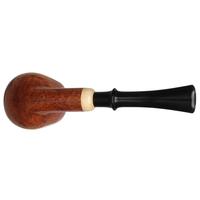 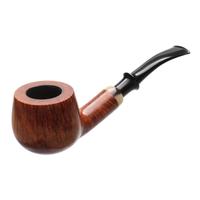 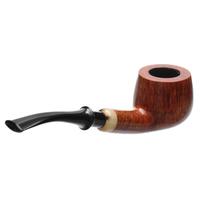 STAMPING:
MADE BY
Former
FREEHAND
DENMARK 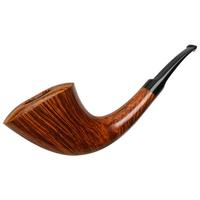 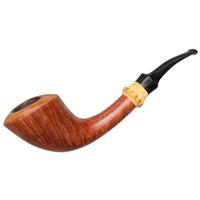 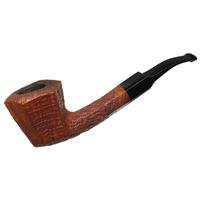 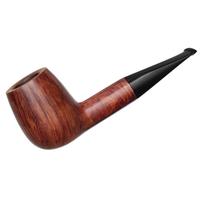 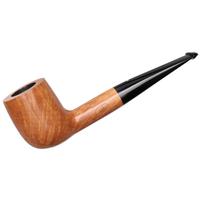 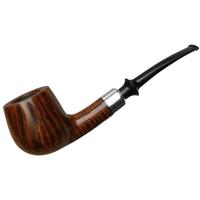