Per Hansen and Ulf Noltensmeier were the sole artisans employed by Svend Bang in his eponymous workshop for almost 50 years, starting in 1970 and producing pipes of superlative quality until their simultaneous retirement in 2019. As such, their work has now become extremely rare and, due to their exemplary smoking qualities and stunning beauty, supremely collectible, though, looking at this Tulip, it's not hard to see why.

As a shape here, I was immediately reminded of the bent Bulldog, so much so that I immediately assumed that this was essentially the same shape. This was incorrect, however, something I discovered when looking at our archives, as there are some distinct differences between the Bulldogs produced by the workshop and this shape, one we've actually never seen before from the dynamic duo. This shape trades the far more common twin beadlines around the bowl for a single, soft ridgeline, and the placement here is far higher on the bowl, present just below a rounded arc to the rim as opposed to a sloping taper. The outline of the pipe as a whole is much more languidly curved than the workshop's Bulldog renditions, save for maybe their more Saucer-like variations, and the fore takes on a sweeping trajectory through the bowl that's gradual rather than swift. At the shank and stem we see the iconic diamond shape which led me in my initially erroneous direction, the ridges present at the flanks and top side dissipating into the bowl quickly, while the one beneath follows through into the underside of the bowl to slightly sharpen the lines of its curvature. Overall, the shaping here is somewhat Dublin-esque, though with a small dose of Acorn and tempered by the practiced hands of Ulf and Per, its muscular and compact form dressed in a vibrant mahogany contrast stain that reveals stunning grain. 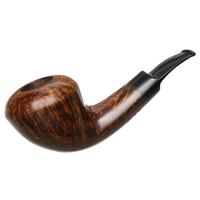 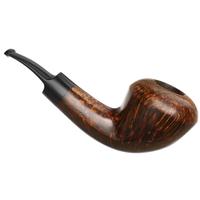 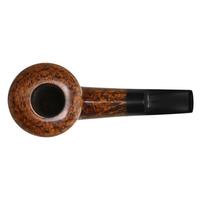 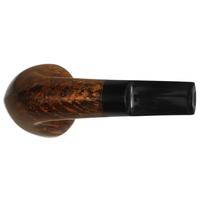 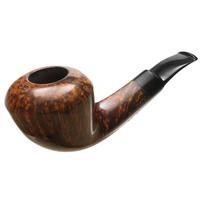 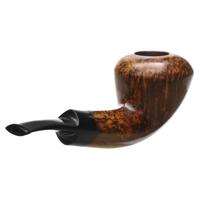 
CONDITION:
Rim Darkening Scratches On The Rim Scratches Around The Bowl