Tom Eltang has produced a startling amount of fine pipes over his many decades in the craft, and has earned his worldwide reputation and loyal following many times over. While pipe collectors and discerning smokers the around the globe rush to acquire examples of his craftsmanship, a whole generation of newer pipe makers seek him out for his knowledge and revered techniques, some even traveling to his workshop in Denmark to work alongside him. His Horn renditions take on a variety of design choices, from elongated and gestural to curling and sculptural renditions, with this iteration a prime example of the latter. The rim is inflated and a marquise when seen from above, the pointed ends of which continue as precise ridgelines, running down each flank and flexing through the shank's curve before uniting in a harmonious arch above the stem junction.

Tom has employed the supple, clearly defined design expertly to accentuate the briar's natural beauty, showcasing a grain pattern that radiates from the negative space above the shank, yielding mesmerizing birdseye on the inside and outside curves, with a flash of flame grain dancing along the margins of the ridgelines. The grain pattern on the rim is brought out in such a way as to provide a burst of forward momentum, a delightful effect that sees the birdseye accelerate forward into streaks of flame grain. Eltang has immortalized the organic beauty with one of his vibrant contrast stains and a gleaming smooth finish, rendering a pipe that pulls my eye in and simply won't let go. The handcrafted, push-style vulcanite stem nestles securely into the shank's domed face, the junction of which is reinforced by a gleaming metal accent ring. Fit and finish inside and out prove worthy of the impeccable grain, altogether creating a piece that rightfully earns Tom's highest Snail grade. 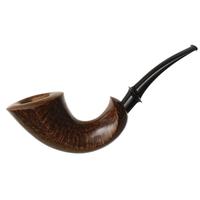 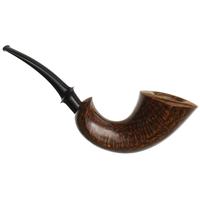 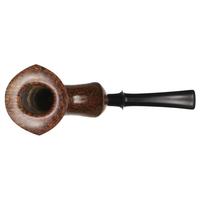 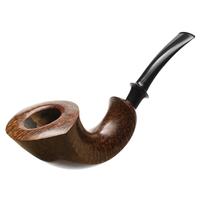 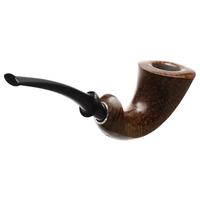 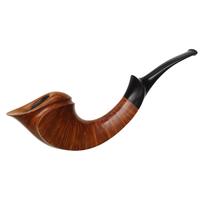 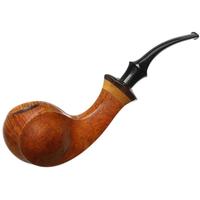 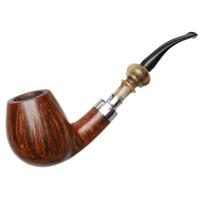 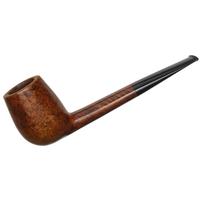 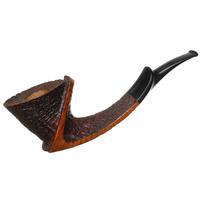