There are few names in the pipe world that carry with them the same weight as Ivarsson, as this name denotes a veritable pipe making dynasty that spans three generations of immensely talented artisan carvers. Lars Ivarsson is the son of Sixten, who is widely considered to be the father of all modern artisan carving as well, and Lars was the father of Nanna, a carver who is the purified distillate of all of the pipe knowledge that came before her. Along with Sixten, Lars was one of the driving forces behind the formation of the Danish artisan aesthetic and is credited with creating several shapes and features that have since become canon in the greater consciousness of pipedom, all while pushing the boundaries of design that his father set. The Tulip is a shape that demonstrates this quite well, as the differences between the shaping here are many, giving insight into the personal styles and evolution that occurred within two generations.

This is definitely the bigger of the two pipes, and this is especially true with regard to the overall thickness of the stummel, as this piece is a handful of briar regardless of where it's held. This is also the more sinuous of the two, with an active, striking stance that results from a smooth upturn of the shank which angles a trim saddle stem for comfortable smoking, its single expansion ring drawing a bit of attention toward the aft side. Said shank takes on a very subtle flare to the end, its face peppered with craggy plateau, while a more appreciable flare possesses the entirety of the fore. From here the bowl blooms out of the briar, resting atop a sweeping heel and urging outward as it seemingly unfurls from its burl confines. There's a supple rounding to all of its edges as it expands to its plateau-crowned rim, matching the shank face and tying both ends of this pipe together as a cohesive unit.

In addition to its evolutionary significance between the design outlook of father and son, this piece also showcases the inspiration which Nanna took from her father, as this piece is remarkably similar to her Acorn renditions. Outside of its expert shaping and proportions, this pipe also displays some lovely grain throughout, with its warm auburn-mahogany stain revealing streaks of windswept flame grain wrapping the flanks, while the internal slope of the rim showcases swirls of birdseye. As a smoking instrument, this is truly a superlative piece. As a part of history, this is a significant example. As a part of the generational significance and legacy of the Ivarsson name, however, this pipe is truly incredible. 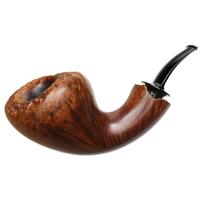 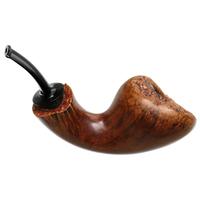 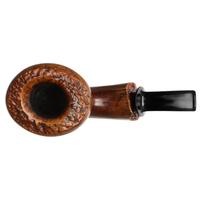 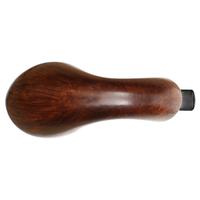 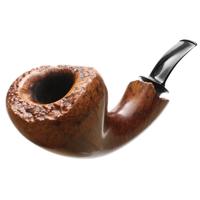 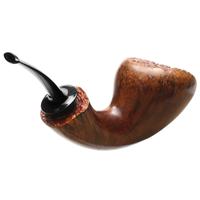 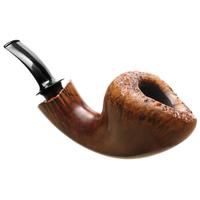 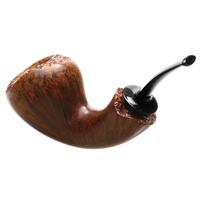