This beguiling Freehand from Tom Eltang has been given the top grade of Snail, a stamp the Danish artisan gives his pipes that are deemed to be of exceptional craftsmanship. A bit of a departure from Tom's usual fare of more conservatively designed, minimalist pipes, this older piece presents many cues associated with the Cavalier form but lent lots of additional organicism. The briar bowl is quite tubular and floral, the wavy, sloping and flaring rim opening like a blooming tulip, then tapering quickly to its small, paneled heel. It's seemingly shot through with a shank comprised mostly of multiple bamboo knuckles and topped by one of the esteemed artisan's hand-cut vulcanite stems, the dark tones mirrored in a trim accent ring that's juxtaposed against the removable "foot" of mammoth, making this a fully functioning Cavalier. Tom has dressed this pipe in one of his smooth auburn stains, showcasing stunning cross grain nearly everywhere save for the aft side, which is densely populated by mesmerizing whorls of birdseye. 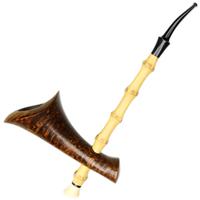 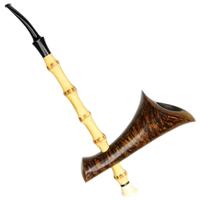 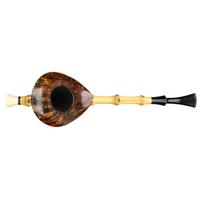 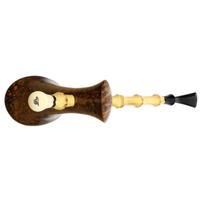 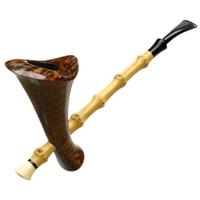 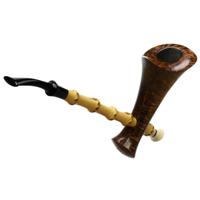