Father of Jess Chonowitsch and a legendary carver in his own right, Emil Chonowitsch ran a tobacconist shop in Copenhagen for 20 years, before retiring and taking a job repairing pipes for Poul Rasmussen. After Rasmussen's death, Emil started a workshop of his own and produced pipes until 1992. Emil passed in 1996, but he left behind a portfolio of elegant shapes that carry on his legacy and showcase his reserved yet sophisticated style.

Sleek, minimalist, and lightweight, this Pot pairs a broad, stout bowl to a slender, arrow-straight shank-and-stem arrangement. If not for the bowl's subtle taper from heel to rim and soft curvature, this piece could almost be mistaken for a French-Anglo shape, it's well-balanced proportions and understated line work not dissimilar to something found on a classic pipe-chart. The slender build of the oval shank and tapered mouthpiece keeps the overall form streamlined in profile and lends the bowl, with its wide heel and stoic posture, most of the visual weight within the composition. Dressed in a smoky smooth finish, the stummel displays an abundance of handsome grain, particularly around the bowl, where fine strands of flame grain rise to a rim dotted with birdseye. 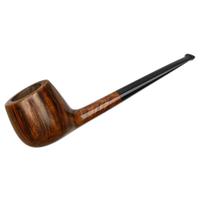 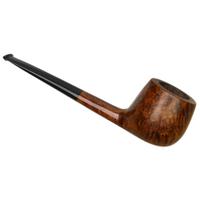 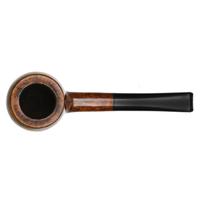 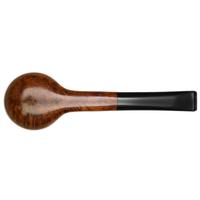 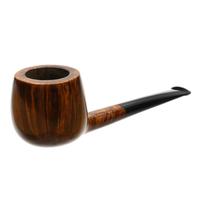 
CONDITION:
Minor Rim Charring Chamber Slightly Out Of Round Chamber Over Reamed Stamping Worn From Buffing 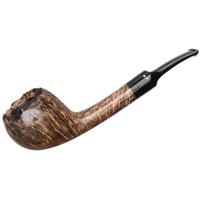 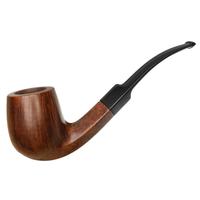 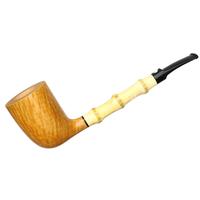 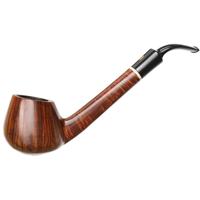 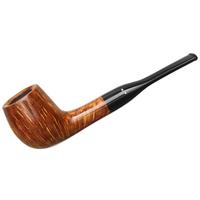 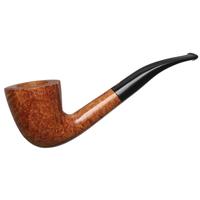 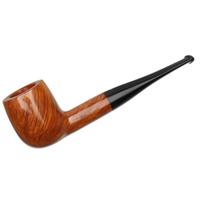 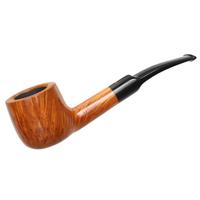 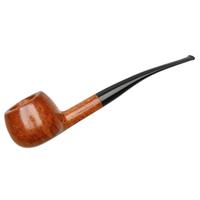