From 1964 to 2003, the British Pipesmokers' Council honored a famous pipe smoking Brit each year with the Pipe Smoker of the Year award, commemorated by a special edition pipe made by a British marque. Such winners included prolific actors, scientists, athletes, and TV and radio personalities, such as Peter Cushing and Stephen Fry, who received the last award, given in 2003.

For the 1982 award, BBC Radio DJ Dave Lee Travis was hailed Pipe Smoker of the Year, and Dunhill was commissioned to make a special, radio-themed smoker. As such, 50 of these Microphone pipes were made in 1981 and presented in '82 as a limited edition, exclusive series in honor of Travis. Stamped 1 through 50, the #1 piece was put on display in the Alfred Dunhill Museum in London while the #2 pipe was given to Travis personally. The pipe you see before you today is that #2 piece.

Remaining unsmoked throughout the years, Travis's Microphone pipe eventually found its way into the hands of Pipe-Dan, as Dave Lee was a frequent customer of the shop. It was through Pipe-Dan, then, that renowned Danish carver Manduela Riger-Kusk came to know Travis and acquired this piece during her time at Pipe-Dan in 1990 before the shop closed in 1991.

Manduela's personal collection is quite impressive and eclectic; however, she felt that a piece such as this truly belonged with a passionate Dunhill collector, with its true home being among other rarefied and exclusive Dunhill offerings. It's with extreme pleasure and honor, then, that we're able to now offer this one-of-a-kind piece of pipe smoking and Dunhill history to you. 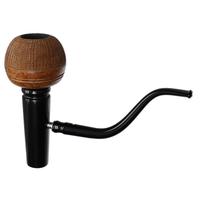 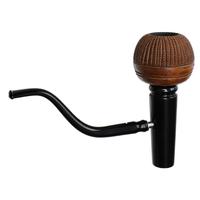 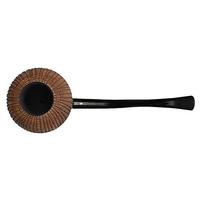 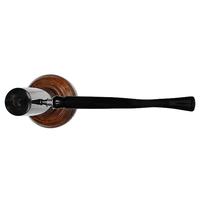 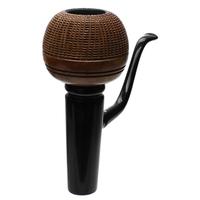 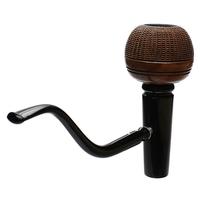 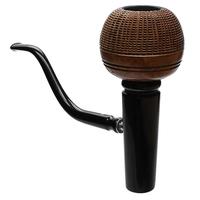 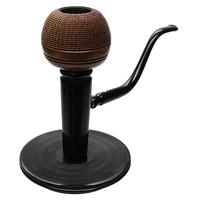 STAMPING:
DUNHILL
MADE IN ENGLAND 21
2