A striking Freehand Dublin from Charatan's, this piece has earned their "Extra Large" designation and for good reason, its total length stretching out to nearly eight inches long. The extended length of shank and stem here is impressively and strikingly stylized, with a pair of flares throughout that seemingly pulsates toward the bit of the double comfort stem. There's plenty here for the eyes to be engrossed by no matter where they look, and this is especially true at the bowl, where we see a trio of firm ridges that mark the gentle flare upward with pinched sections of briar. This calls back to the style of the shank and stem combination, with an organic kind of upward undulation that's reminiscent of Castello's Le Dune finish though with an added element of motion that makes me think of this pipe as a briar organism. The stem itself is also noteworthy, as it's acrylic rather than the vulcanite which most Charatan pieces wore at the time. Speaking of which, we can pinpoint the date that this pipe was produced to a specific year, 1965, thanks to a unique combination of stamping that saw the phrase "MADE BY HAND" in all caps over the marque's "City of London" stamp. Pipes with this stamping were only produced for six months in 1965, making this pipe even more rare, its warm mahogany stain showcasing some handsome grain to further cement its allure to collectors. 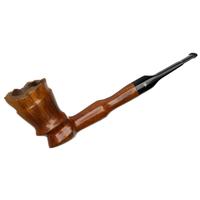 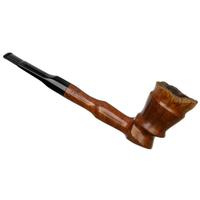 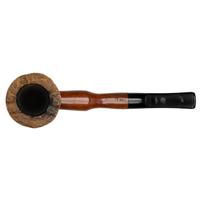 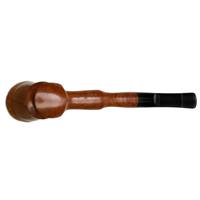 STAMPING:
L (inside circle)
CHARATAN'S MAKE
LONDON. ENGLAND
MADE BY HAND
IN
City of London (in script)
Extra Large (in script) 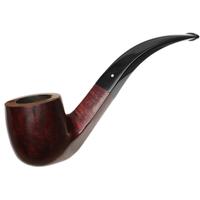 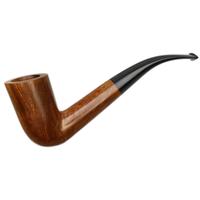 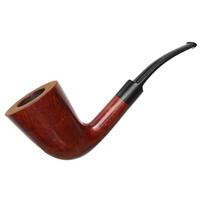 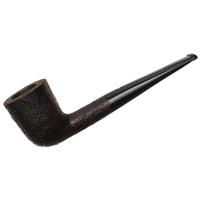 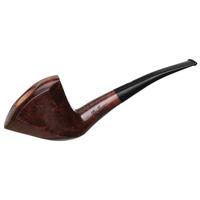 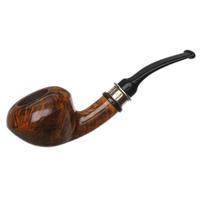 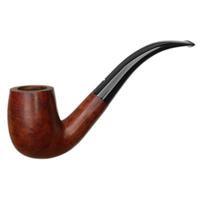 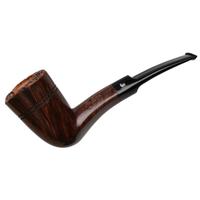 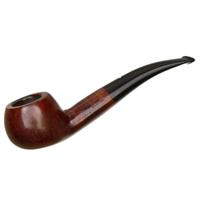