Bruno Nuttens is a Belgian-born pipe maker that has been living in France for almost 20 years, starting his journey by doing repairs and restorations on older pieces, only making pipes for himself when time allowed for it. He then met Pierre Morel who taught him balance and composition, what works and doesn't work internally, and acted as his teacher. Usually, Nuttens crafts pipes that are light and sleek, pieces that are emblematic of classic Anglo-French design but more willowy. This bent Brandy is not one of those designs, rather, this seems to be a very Danish-inspired profile, with a sweeping undercurve and lifted heel that propels the bowl upward. The low-set waistline allows the bowl to fit in the hand easily, and the taper to the rim is swift and attractive, giving the pipe a singular silhouette. The stummel is dressed in a shallow sandblast and stained a warm chestnut, revealing handsome growth rings that radiate from the underside to the rim in slanted, undulating halos. 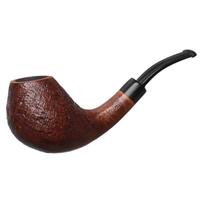 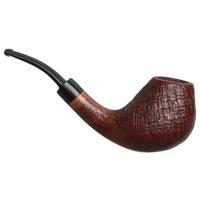 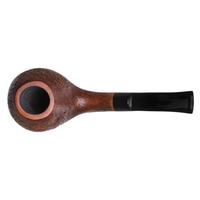 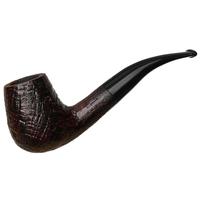 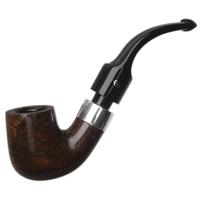 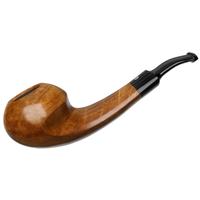 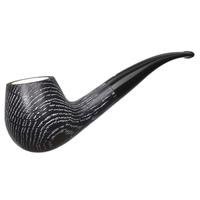 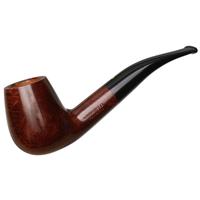 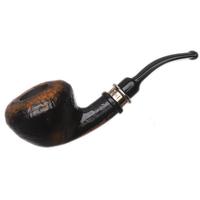 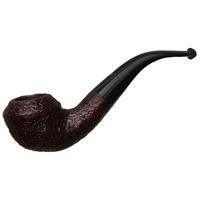 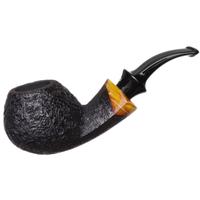 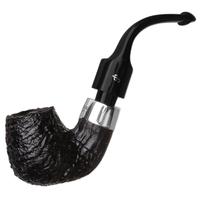