A German carver from Stuttgart, Germany, Bertram Safferling moved his pipe making workshop to Italy in 2005. His compositions are often characterized by long and slender shanks and precise line work, as is reflected in the design of this impressive Bulldog. The beadlines ride high on the bowl, one just under the ridgeline of the rim, and one above and circling the outside perimeter of the broad dome that characterizes that rim, which is chamfered around the tobacco chamber and positively rife with birdseye. A softly tapered mouthpiece joins the shank, which is diamond of cross section and crisply ridged. It's a long and slender, Dublin-esque rendition of the Bulldog, with a light chestnut stain wonderfully delineating the tight grain riding up the flanks of the wide bowl. 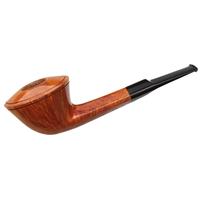 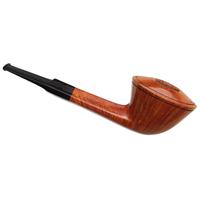 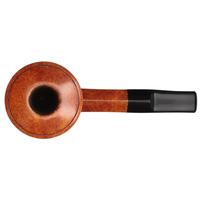 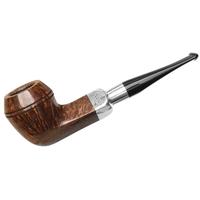 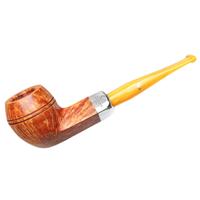 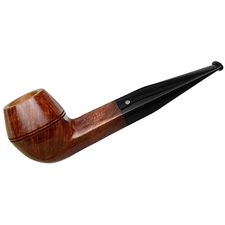 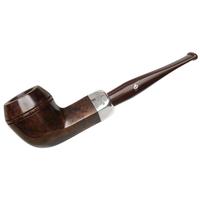 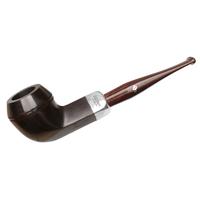 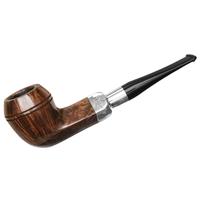 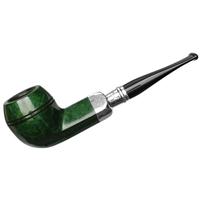 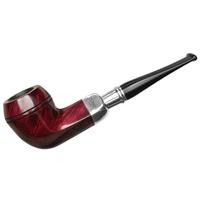 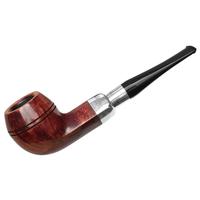