Frank Axmacher's stylistic range as a pipe maker is rather impressive as he's able to seamlessly transition between spot-on renditions of shape-chart standards and creative Freehand forms, like this particular piece. The forward-urging bowl and scalloped rim immediately grabbed my attention, with the bowl's remarkable width being most apparent when this piece is examined from an aerial perspective. The oval shank continues the bowl's breadth, curving slightly upwards to meet the gently downturned saddle stem that steps down to a flattened configuration as it works its way to the comfortably shaped lip button. The light-depth, dark-stained sandblast is texturally intriguing and has unveiled a nice array of undulating across the surface of the strongly gestural bowl. This piece was crafted back in 2014 and is presented here in unsmoked condition. 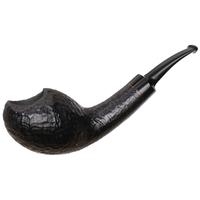 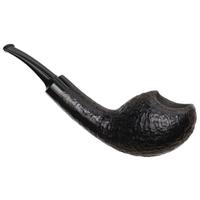 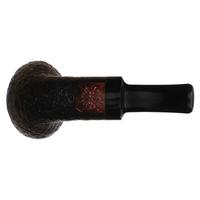 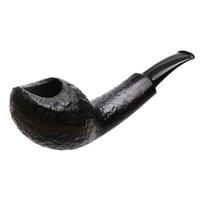 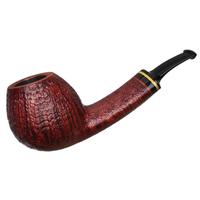 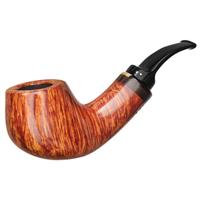 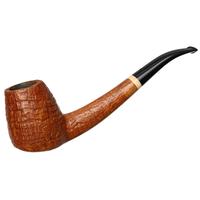 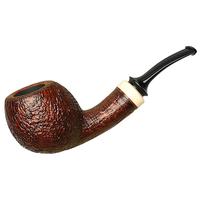 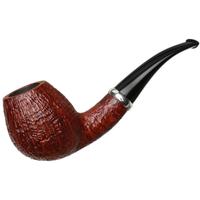 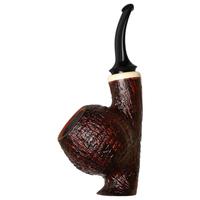