I've seen a fair number of shapes from Cornelius Mänz that incorporate asymmetry, but none of them have done so to the degree of this Mushroom. The domed rim is demarcated by a hard ridgeline along the upper bowl, but the right side slopes dramatically downward, extending the rim's domed aspect all the way down to the heel. Such a dramatic shaping cue caters well to the Mushroom design, accentuating its organic features and offering something more reminiscent of its namesake. It's also evident of Mänz's consideration of the briar's grain — the asymmetrical shaping aligning beautifully with the band of vertical grain wrapping the bowl and offering the most appreciation of the birdseye above and below. Echoing the rounded nature of the bowl, the shank is extended by a mount of horn that also reveals a domed disposition and demarcating ridgeline, yet without the asymmetry. 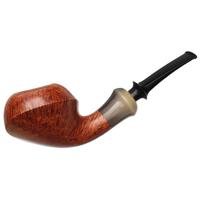 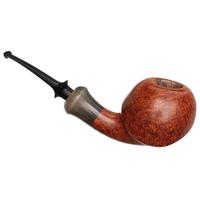 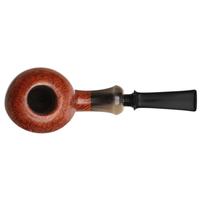 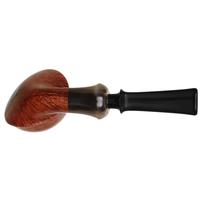 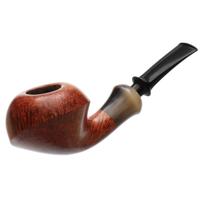 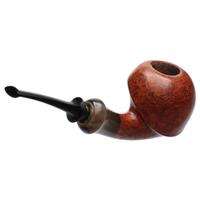 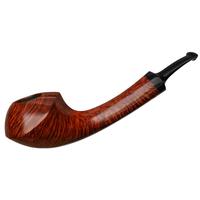 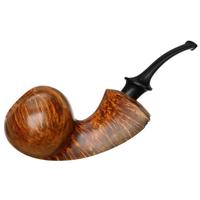 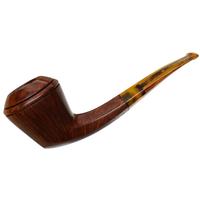