Like his Wasp design, Wolfgang Becker's Stetson is a signature shape from the German artisan, though not as prolifically produced as the iconic Wasp. As the name implies, it's fashioned to evoke the look of an old-fashioned Stetson hat, the pipe's domed, yet concave rim calling to mind the chapeau's crown and broad brim. In the pipe version, the inner rim rises dramatically upward in smaller diameter than the rest of the bowl, almost resembling the inverse of a Calabash's rim which overhangs the bowl. At the shank face, Wolfgang has accented this piece with a ring of boxwood, the pale yellow material matching handsomely with the lighter hues of the stummel's contrast stain. 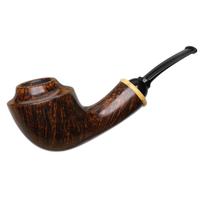 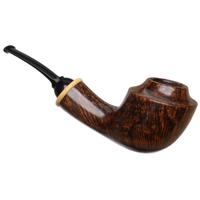 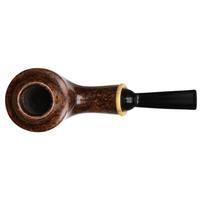 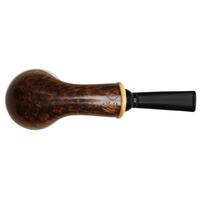 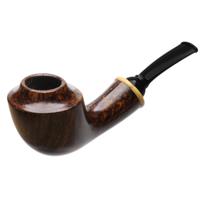 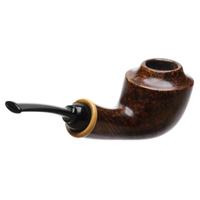 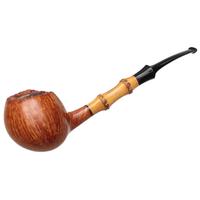 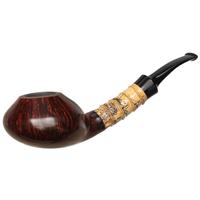 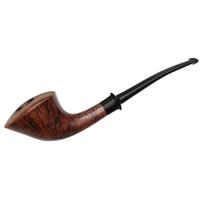