The late Rainer Barbi is among Germany's greatest artisan pipe makers, and with a cumulative experience of nearly 40 years before his untimely death, it's not hard to see why. Barbi began carving pipes in 1974, learning his craft entirely on his own and growing to become one of the most accomplished carvers in the pipe world, gaining a considerable following as he continued to produce exceptional pieces. This Bulldog is one of those pieces, combining classic Anglo-French shaping with Danish elements and muscular German design. The thick shank and cumberland stem are possessed of the shape's recognizable diamond ridgeline pattern, the two lines on the flanks meeting the one on the underside after drifting up to the bowl and dipping down, creating a paneled shape almost like that of a heart. The transition is lightly cheeked at the top, and the gradual flare to it from the shank end urges the bowl forward slightly, giving the pipe a bit of dynamism and momentum that is welcome in this otherwise rigid, stalwart profile. The bowl is the iconic Bulldog silhouette, flaring slowly to a high-set waistline where it meets a pair of beadlines that denote the taper to the chamfered rim, the overall look perhaps a bit softer than other renditions of the shape, but more than welcome in the hand, as the taper is crafted in a way that allows a finger to rest and curl onto it without worrying about touching the chamber. The stummel is dressed in a warm auburn stain with just a bit of gloss, highlighting a lovely cross-grain pattern that showcases dense birdseye on the left flank, with horizontal grain arcing into the right flank before birdseye once more peeks through further down. 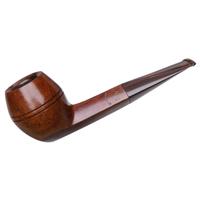 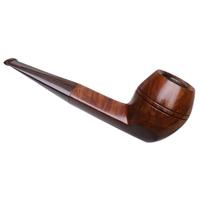 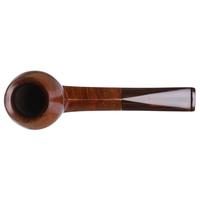 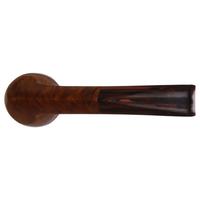 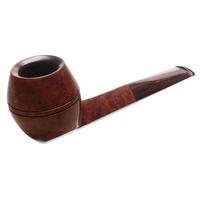 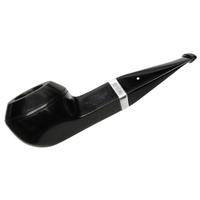 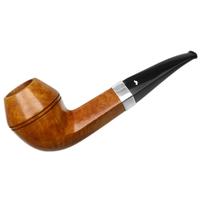 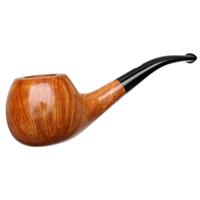 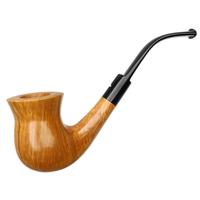 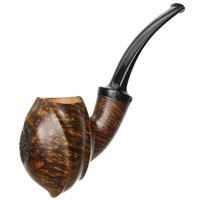 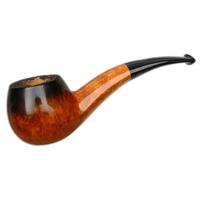 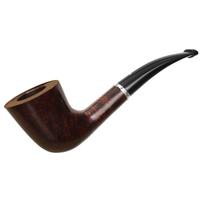