Influential as a carver and reputedly possessed of a very amiable nature, Rainer Barbi was Germany's premier artisan during his several-decades career before passing in 2011. This bent Brandy boasts a rather hearty, rounded bowl with a softly chamfered rim and a lift to its heel, thanks to a paneled underside that then continues through the gestural, elongated and gradually upturned shank. Topped by an abbreviated saddle mouthpiece that turns down a bit for a comfortable smoking posture, this pipe is quite dynamic in profile, the bowl's robustness offset by the lengthy, trimmer shank-and-stem arrangement.

The handsome auburn contrast stain of the smooth finish brings out a vast array of fiery licks of flame grain not only across all flanks, but through the shank as well, something not common to many artisans. As if that wasn't enough, a wealth of birdseye covers the pipe's entire underside and along that rim, making this one of the best-grained pipes I've seen. 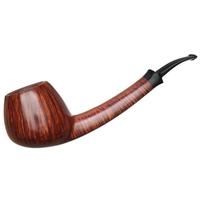 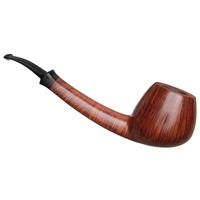 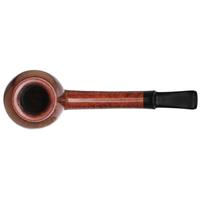 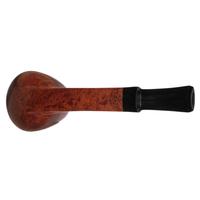 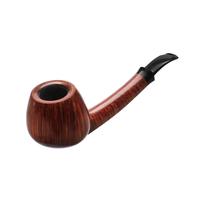 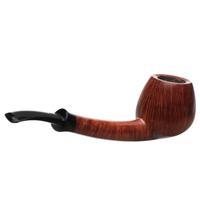 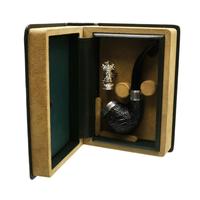