A sculptor and stonemason by training, Frank Axmacher found much success when transitioning to pipe making. With over a decade of experience, the German artisan is considered a master by his peers. This bent Apple is a fine example of his work, featuring a plump, voluptuous bowl at the fore of a slim round shank joined to a bent vulcanite saddle stem, perfect for clenching. Dressed in a crisp black sandblast, the stummel offers a wealth of engaging texture across its considerable surface area, handsomely contrasted by its smooth inner rim. 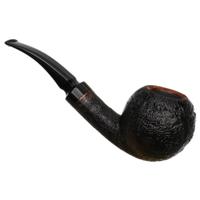 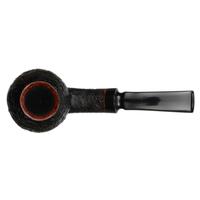 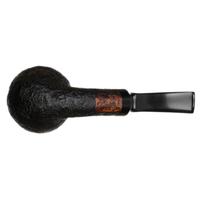 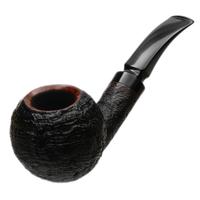 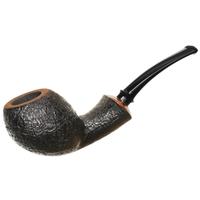 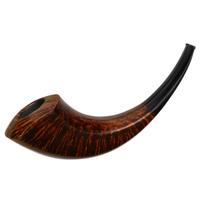 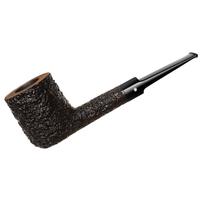 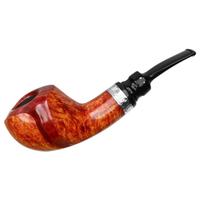 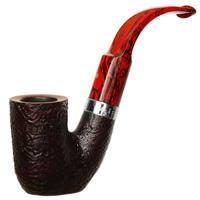 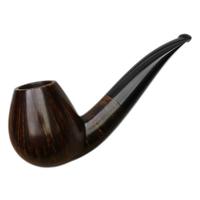