This Mario Grandi bent Dublin is quite a striking and tightly knit take on the classic shape, featuring plenty of lively character in its execution. Two firm ridgelines emanate from out of the plateau covered shank face and curl upward along the underside before dissolving into the flaring bowl. The rim is broad and slightly undulating in its orientation, displaying the whimsical cues so often seen in Mario Grandi pipes. The curling transition is brief and closely tucked away between the bowl and shank, echoing the sweeping line work visible along the underside. A shimmering acrylic accent of swirling ruby and black tones adorns the stem's base, adding more playfulness to an already fascinating piece. 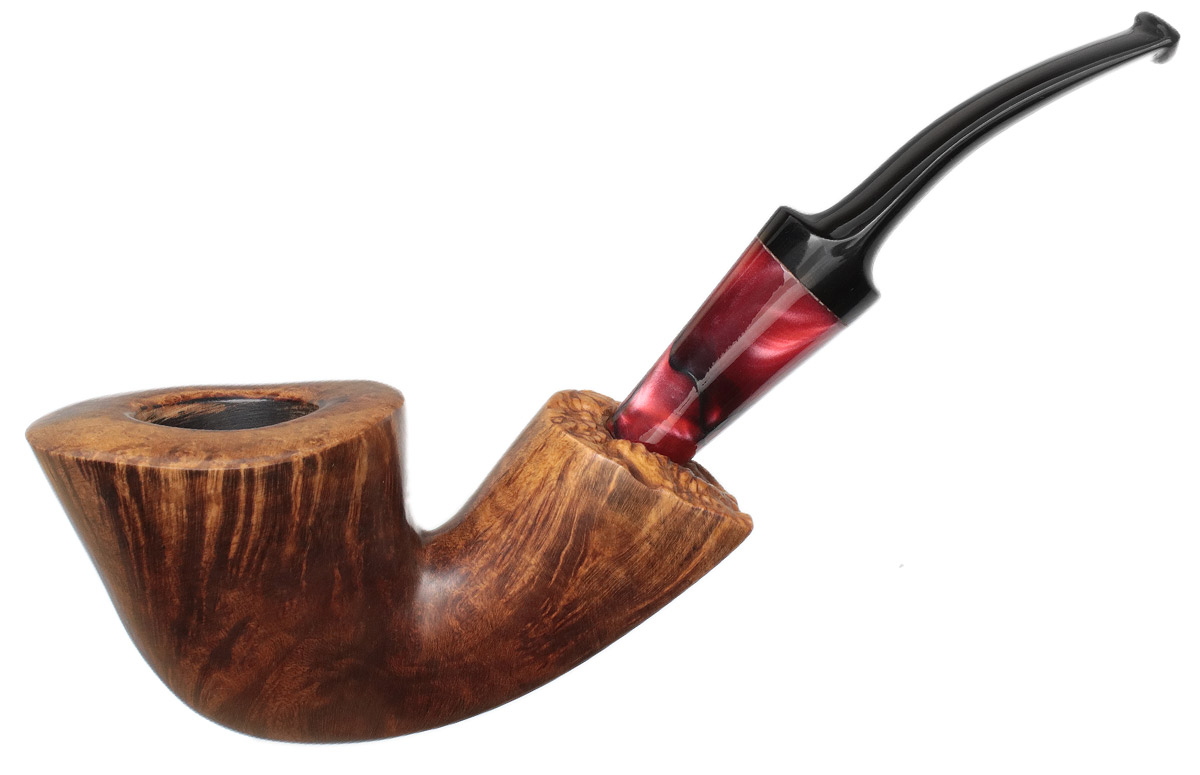 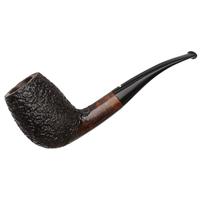 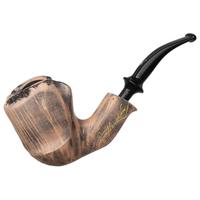 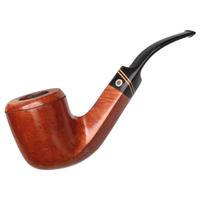 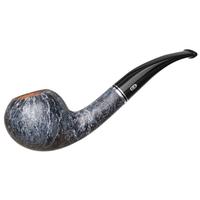 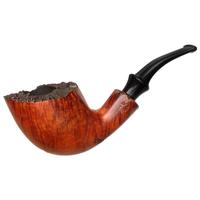 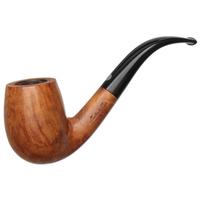 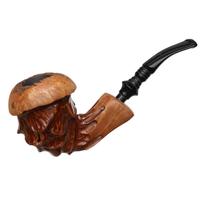 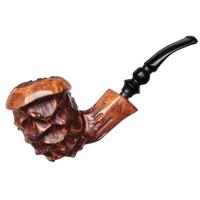 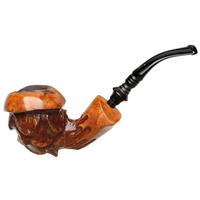