Though the Rhodesian doesn't feature the diamond shank of its Bulldog brethren, here Gabriele dal Fiume presents a touch of structural design to the shape by pairing its plump bowl to a broad oval shank, the latter with a curling gesture that's quite handsome in profile. The bowl itself forgoes the traditional beadlines as well, instead using a crisp ridge to mark the transition from the bowl to the rounded taper of the rim. The finish is as attractive as one would hope, pairing a warm contrast stain for the stummel with a combination of pale boxwood for accent and a cumberland mouthpiece to offer a deeper, darker tone. 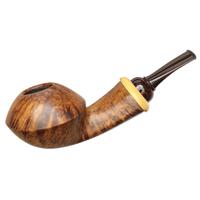 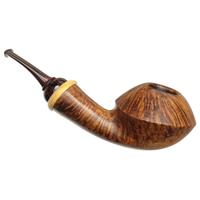 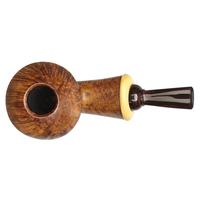 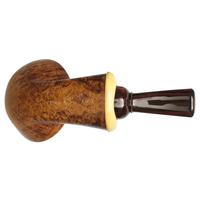 
CONDITION:
Smoked, But Rather Clean Small Scratches Around The Bowl Finish Faded 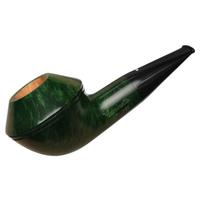 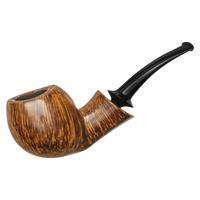 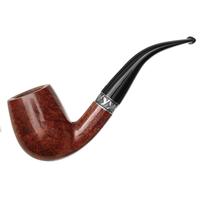 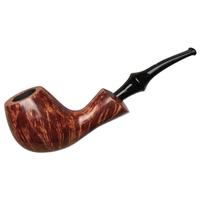 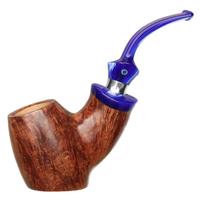 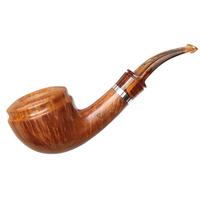 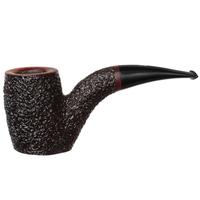 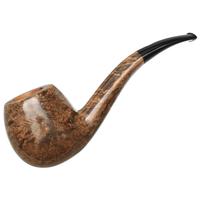 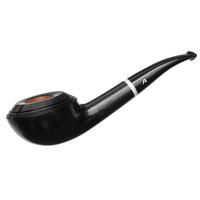