Brilliant flame grain, a craggy, organic crown of plateau, beautiful shaping from heel to bit — these small details add up to create one of the most sought after pipes from Castello: the Collection Great Line. Also, Castello chose to take this particular example a step further with the addition of an exotic kimberlite accent. At a glance, it might seem similar in appearance to some sort of hardwood, but it's actually a type of igneous rock — one historically associated with rich, diamond deposits. As such, it's one of Castello's rarest offerings. In fact, we've received dozens of requests over the years from Castello enthusiasts for information about our "next" shipment of these stone-inlayed briars. The answer, however regrettable, is always, "We don't know when we'll see another one." And, to be fair, we don't. But here's an opportunity to obtain an unsmoked one that was crafted back in 2005. There's just some dings to note along the base. 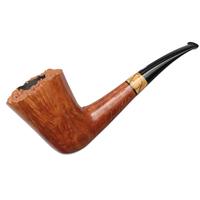 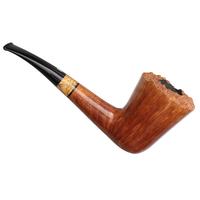 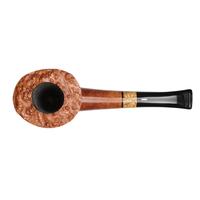 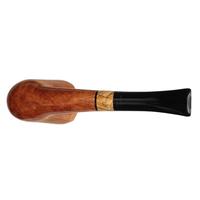 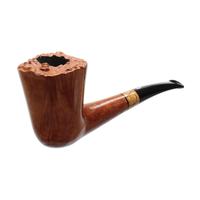 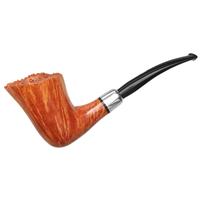 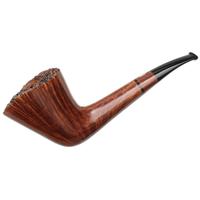 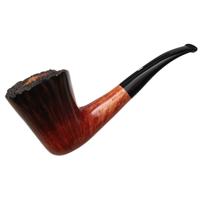 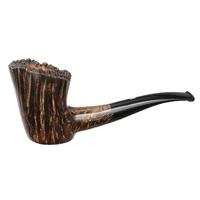 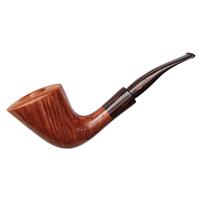 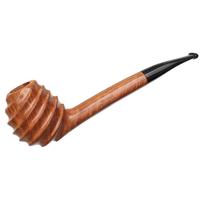 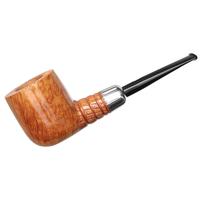 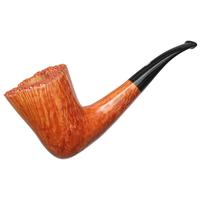 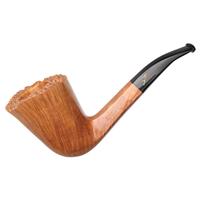