Gabriele Dal Fiume has had a passion for pipes that stretches back nearly 20 years, ignited by the smoking of his father and uncle, something which inspired him, in time, to create pipes of his own. Gabriele crafts pieces in various shapes and sizes, though all in his singular style, and has a very low production rate of around 60 examples per year, owing to his exacting standards for both shaping and smoking properties. This freehand from the Italian artisan is a svelte and sleek example of the man's talent for rendering incredibly unique profiles. A trim saddle stem of a peculiar shape attaches to a length of pale bamboo via a flared vulcanite adornment, the expansion emulating the rhythm of the knuckles of the dense grass. Another black band encircles the end of the abbreviated shank, tapering to achieve the same effect as its brother on the bamboo extension. The shape of the bowl is the most striking element of the piece, and this is seen even at the transition, as the slanted ovoid shape is not interrupted in its travel by the shank, but, rather, the transition is offset so as to continue the asymmetry in place between the fore and aft of the pipe. The bowl is carved with a single, u-shaped ridgeline that wraps around its entirety, coming to sharp points at opposing sides of the rim, the ridge itself quite possibly the tallest I have ever seen. The rim is lenticular and sloped dramatically, each angle of approach leading into the chamber, the sharpness of its outline and of the overall construction of this piece speaking to a structural firmness, impressive in a piece so willowy. 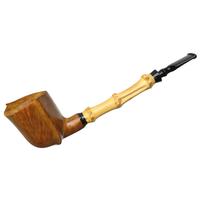 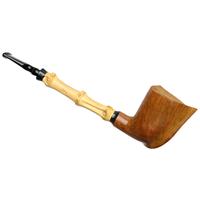 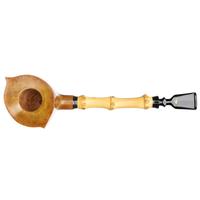 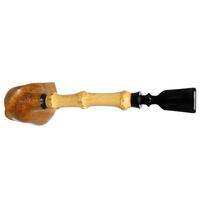 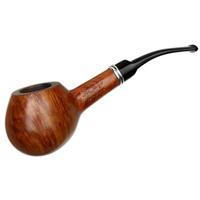 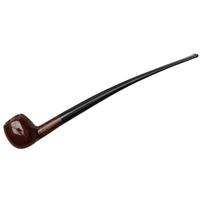 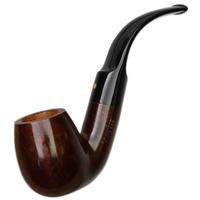 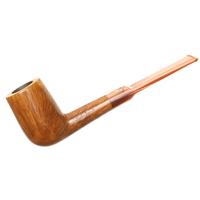 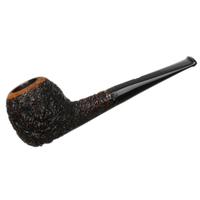 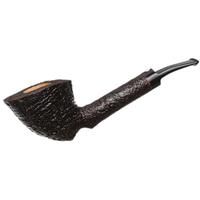 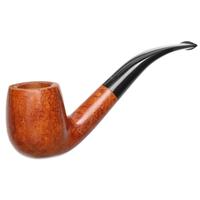 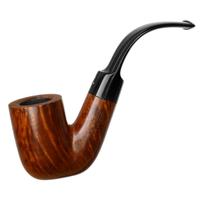