In 1976, Savinelli released the Linea 76 line of pipes to commemorate their 100-year anniversary. The Linea 76 series introduced a number of then-new pipe shapes, with the intention of offering their customers modern designs for modern times. While most of the shapes introduced have become either rarities or have been altered as to be nearly unrecognizable from their original form, the "04" survives today as the "413" on Savinelli's pipe chart. It's a striking rendition of the bent Dublin shape, pairing a tall, gestural bowl with a firm, protruding heel to a subtly flared oval shank and a sinuously bent tapered stem. This particular rendition wears a dark, low-profile sandblast that accentuates the natural grain orientation of the briar. Unsmoked. 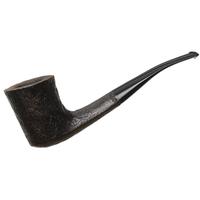 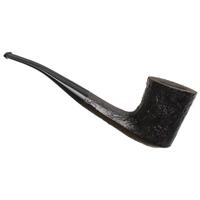 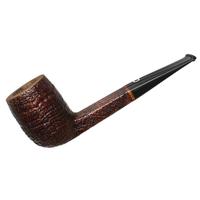 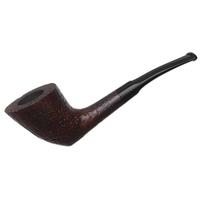 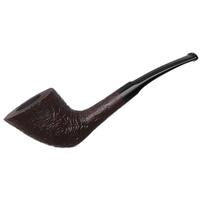 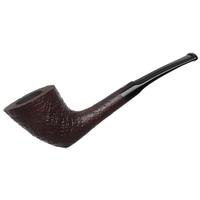 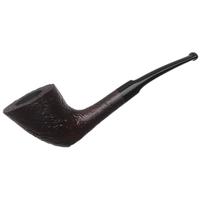 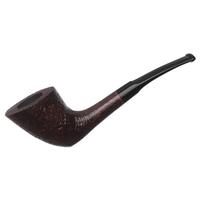 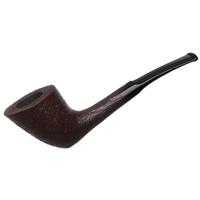 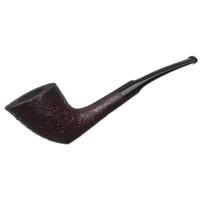