Piero Vitale is an Italian artisan whose passion for woodwork began in his childhood, inspired by the work of his grandfather. In 2014 he discovered the world of pipes, and, within a few months, he combined his old passion with his new one and began carving his own pipes, something he continues to do, all completely by hand, save for a dremel and a lathe, something that reflects in his incredibly low production rate of around 70 pipes a year. Despite his relative newness to the world of pipe making, Vitale is still incredibly talented at rendering striking shapes, such as this bent Pot, a piece that marries gentle curvature with stout muscularity. The trim, hand turned saddle stem flares to the base, meeting a shank end encircled by a smooth ring of briar. The shank tapers as it leads into the cheeked transition, possessed of a slow, languid curve, and the bowl it leads to is tall and wide, though also narrow, a kind of self contained juxtaposition that is both enthralling to view and incredibly comfortable in hand. The bowl's low set waistline provides a wide base for the heel and is where the bowl begins to taper, very slightly, toward the domed rim. The stummel is dressed in a crisp, black sandblast, contrasting the trim ring of briar at the shank end, as well as the smooth rim which showcases a handsome birdseye pattern, accentuated by the light chamfer toward the chamber. 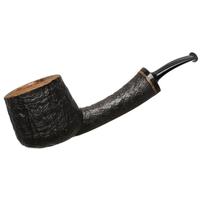 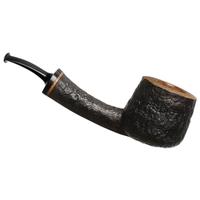 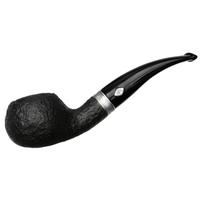 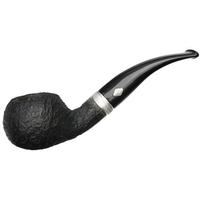 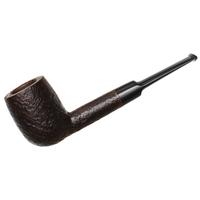 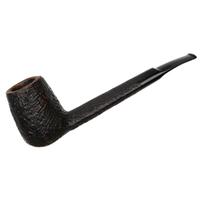 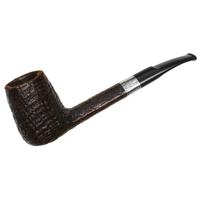 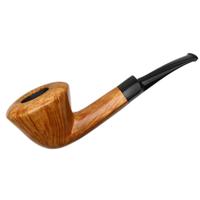 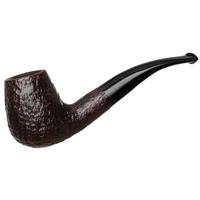 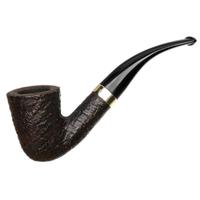 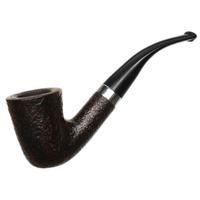