A dynamic, forward-surging Rhodesian from the Ascortis of Caminetto, this rendition features a low-lying but leaning bowl, with twin beadlines beneath the domed rim. It's paired to a rounded shank accentuated by a generous boxwood mount, the pale hues contrasted by the slender, jet-black stem. The Italian carver has dressed this pipe in a dark, ruby-tinged sandblast that hearkens to the finishes of the early 20th century, with the lower bowl's grain particularly pronounced. 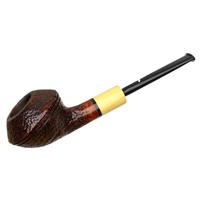 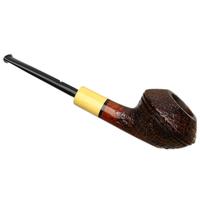 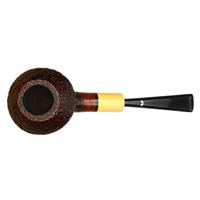 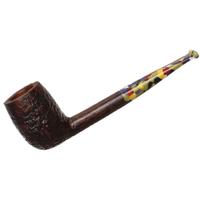 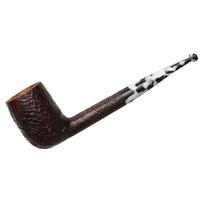 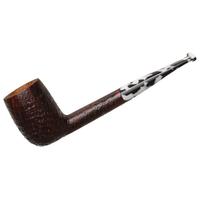 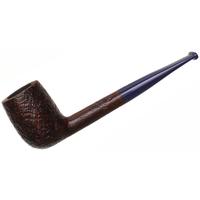 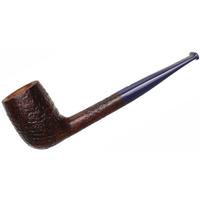 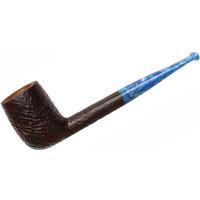 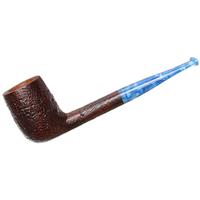 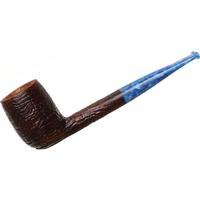 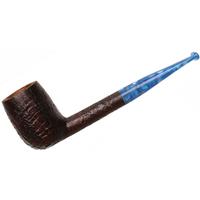