A handsome vintage piece, this bent Egg from Castello was originally crafted at some point between the 1970s and 1982, and it's styling is decidedly modern. A lengthy, downturned stem of marbled ruby acrylic meets a domed military mount of the same material, pushing in with ease, the stem itself a replacement and one that's quite nicely mated to the mount, although the price of this piece has been adjusted as such. A relatively abbreviated shank meets this mount, plunging into an angular heel and sweeping up dramatically to form the bowl, giving it its Egg-like shape. The rim overlooks a deceptively large chamber, and the stummel is finished in the iconic Sea Rock Briar finish, its craggy rustication and inky stain keeping things looking serious. 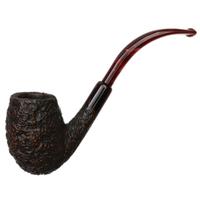 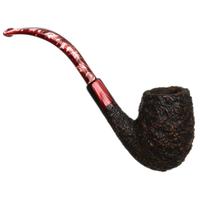 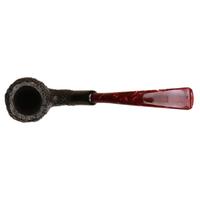 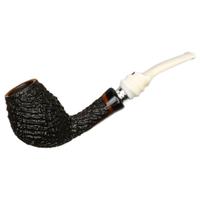 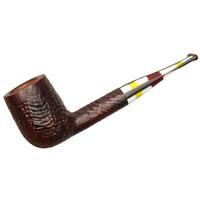 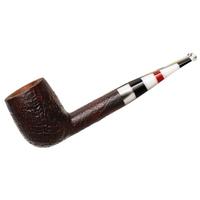 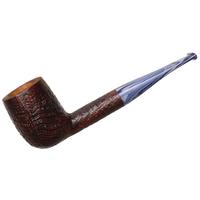 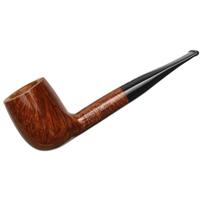 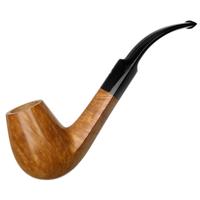 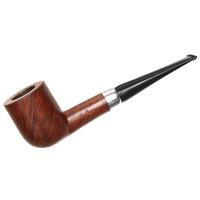 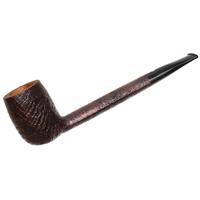 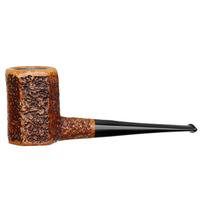