Chris Asteriou really loves his spurs. That isn't to say that the Greek pipemaker is a fan of the American Western and its associated accessories (though I can't say with a verifiable certainty that he isn't), but rather that he seems to enjoy imbuing his shapes with crisp, Acorn-like spurs. It's seen on his Strawberry renditions, his particularly dynamic Dublins, and, of course, here on this elegant bent Egg rendition. It offers a pleasing counterpoint to the deeply sweeping transition, not to mention a terminus for the eye's journey down the shank and a heightened sense of organic geometry. Everything is then dressed in a crisp, craggy sandblast, unveiling loads of grain and rich texture to enjoy in hand with the rim left smooth for some contrast. The shank then gradually flares into a dark, thick accent of horn before finishing at the elegantly downturned stem. 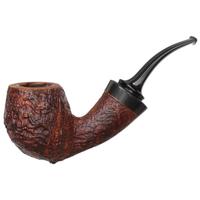 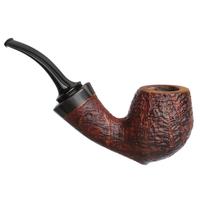 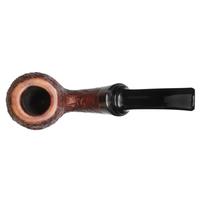 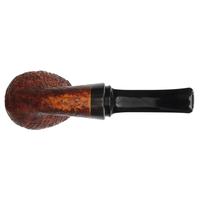 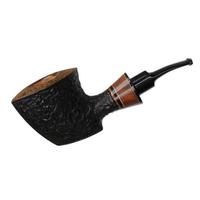 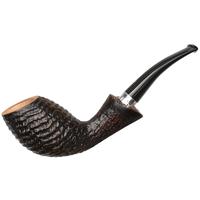 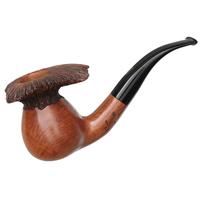 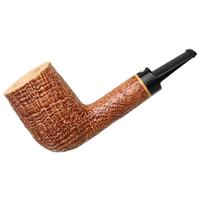 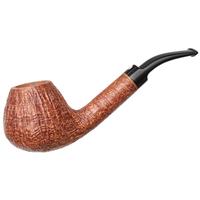 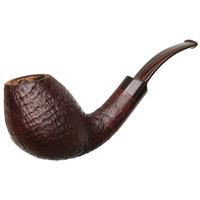 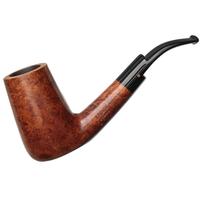 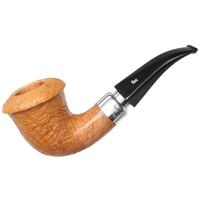