Russian artisan Alexandr Penkov carved his first pipe in 2005, after smoking one for a few years previously, and found himself immediately drawn to creating pipes of his own. He would experiment with different materials and mediums such as birch burl and clay, gradually expanding his pipe making knowledge and obtaining the necessary equipment required to fashion high-quality pieces. What was once a hobby for Penkov quickly became his passion and provided him with an artistic outlet. His work is primarily influenced by Danish masters like Hans "Former" Nielsen, Tom Eltang, and Poul Ilsted, as well as Hiroyuki Tokutomi's Japanese distinct, innovative style. Those influences and various aesthetics manifest themselves exceptionally well with this unique Double Calabash design.

While the shape itself is a Calabash, this piece also features reverse Calabash engineering, with an expansive cooling chamber held within the rotund shank. The removable mushroom-like cap is crafted from mammoth and displays a fascinating array of colors with yellow, black, and cream tones combining to form a striking presentation. Additional mammoth accents can be found around the stem base and shank end, as if things couldn't get any more impressive. Alexandr has then dressed the stummel in a beautiful contrast stain that calls to mind Eltang's signature stain while the shape itself seems to be a nod towards Tom and Kei'Ichi Gotoh's Gotang Calabash, albeit in a chubbier, more compact form. It's simply a stunning piece of craftsmanship and is offered here in unsmoked condition. 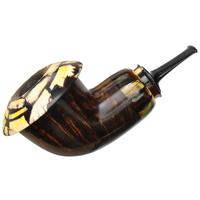 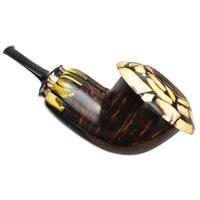 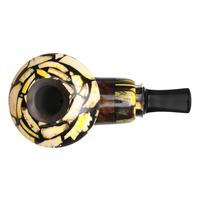 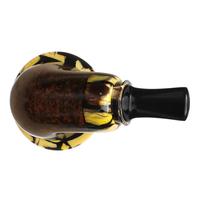 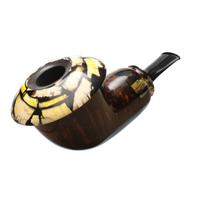 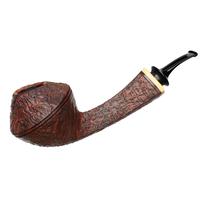 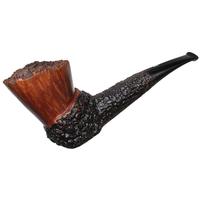 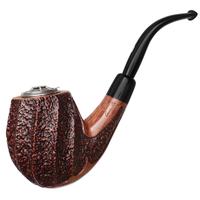 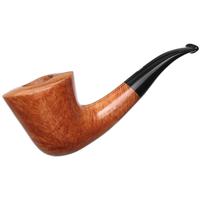 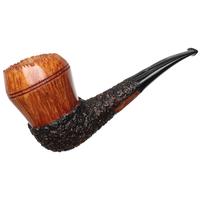