Originally a web-programmer, Latvian artisan Alexandr Bondarev has been carving pipes full time since 2011 after he was gifted a handmade pipe by his wife. It had an enormous impact on him as it's what inspired him to create pipes of his own, like this impressively lengthy take on the Canadian. The Billiard bowl sits perched at the end of a long oval shank and tapered stem combination, the mouthpiece considerably longer than most Canadians which typically opt for a trim, abbreviated stem. Bondarev has then treated the stummel to a light-depth sandblast, bringing out some fascinating patterns of rippling grain along the fore and aft of the bowl as well as the entirety of the shank. The rim has been left smooth to contrast and stained a walnut hue, complementing the rest of the stummel's earthy brown color. This offering is only the second piece we've seen from Bondarev and I certainly hope it won't be last, because it's some truly excellent work. It's offered here in unsmoked condition. 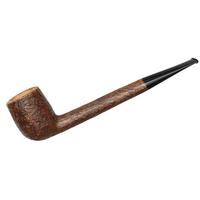 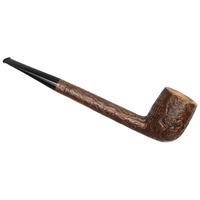 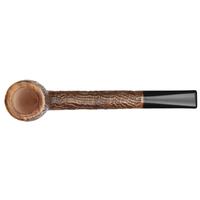 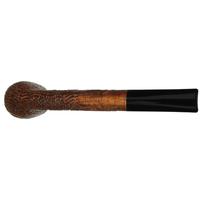 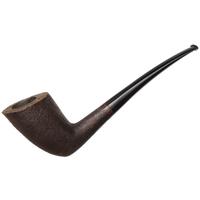 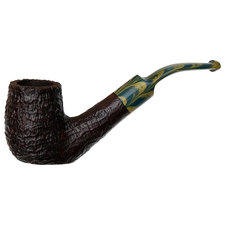 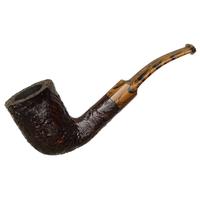 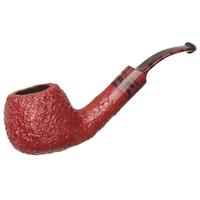 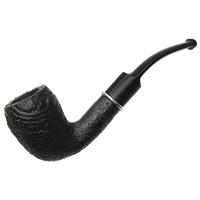 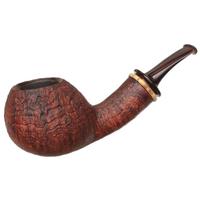 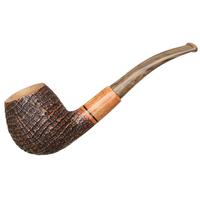 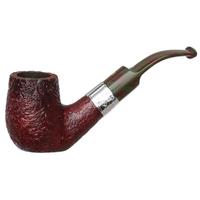 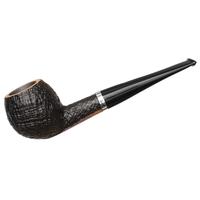