Anders Nilsson and Martin Vollmer are half-brothers that came to the craft of pipe making after reading a book by Bjørn Thurmann. The book detailed how to make a pipe from a pre-drilled block of briar, and the brothers, inspired by their reading, decided to try their hands at pipe making. They quickly found success and started producing shapes like this striking bent Brandy. The bowl carries its weight close the heel and transition, with a voluptuous undercurve dominating the composition. The bowl rests at the fore of an abbreviated round shank adorned with a broad silver band at its junction to bent vulcanite stem, offering a comfortable clench. Dressed in a rich walnut stain, the stummel boasts fine cross grain at the bowl's flanks, with swirling birdseye at the fore and aft. 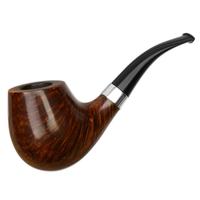 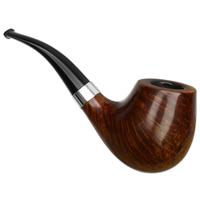 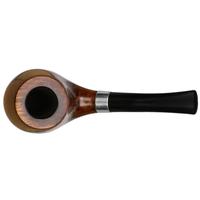 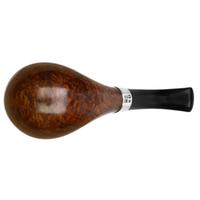