Similar in style and finish to a previous pipe we've received from Yuwei Huang, this bent Dublin offering effortlessly combines organicism with gestural lines. However, unlike the aforementioned Acorn example, the bowl here displays more of a noticeable flare from its protruding heel spur up towards its rim, with a firm ridgeline demarcating the rim from the rest of the bowl. In profile, this piece also displays an active stance, the bowl's inherent forward urging momentum guided by the gracefully arcing shank. Said shank has been extended with six knuckles of pale bamboo, with only one node visible along the right side that Yuwei has stained black for a playful accenting touch. The node's softly bulging nature is expertly mimicked at the domed base of the gently downturned saddle stem. Finish-wise, the Taiwanese carver has treated the stummel to a crisp sandblast, bringing out well-defined waves of ripping grain and dressing it all in a warm, earthy brown stain, further accentuating the piece's organic aesthetic and has chamfered the innermost portion of the rim for some subtle contrast. 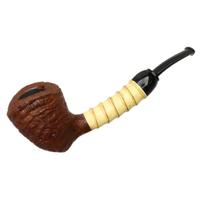 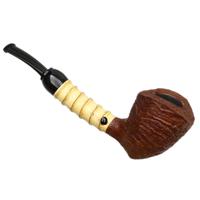 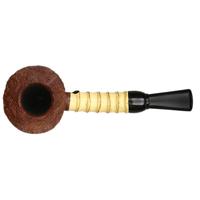 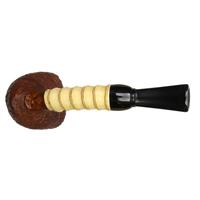 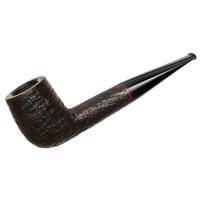 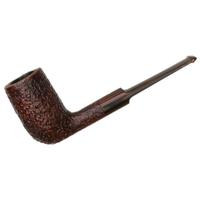 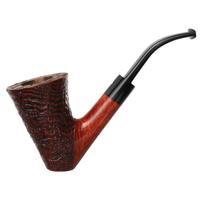 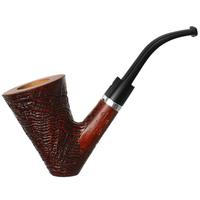 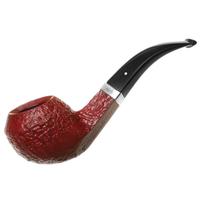 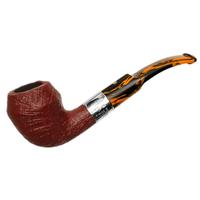 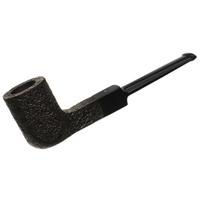 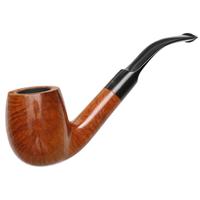 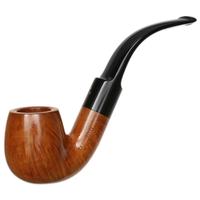