Based out of the Czech Republic, Martin Cermak discovered vintage pipes and began restoring them, finally deciding to take what he had learned and craft his own pipes. Here, the talented carver presents a stylish rendition of the Rhodesian shape. As is traditional for the from, a crisp beadline wraps around the bowl's broad waistline, demarcating the domed rim from the rest of the stummel. The bowl stands stoically at the fore of a sweeping shank-and-stem arrangement, which curls out of the low-set transition and terminates at a downturned bit. Dressed in a mixture of smooth and sandblasted finishes, the stummel offers plenty of tactile diversity for the fingers to explore. An accent of craggy bamboo adorns the junction and adds further visual flourish to this already stylish design. 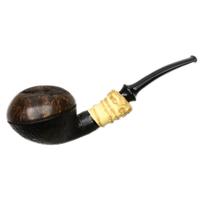 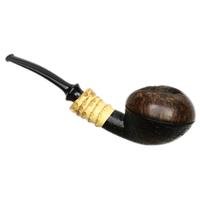 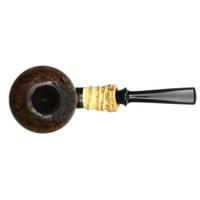