When you think of Scottie Piersel's work, her striking Pencil Shank numbers are likely the first to come to mind; far from a one-trick pipe maker, however, Scottie has crafted a range of shapes over the years, including this rather tubular reverse Calabash number. Similar to Eltang's Tubos or Negoita's Conducta design, it features a tall, almost Stack-like bowl set to a seriously thick shank at a 90deg angle — that extra visual weight used to accommodate a vast condensation chamber within. It's finished in a crisp, warmly stained sandblast, with a bright ring of swirled blue Bakelite for a touch of contrast. 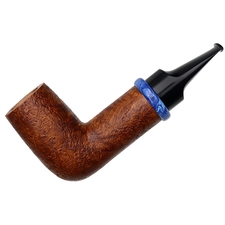 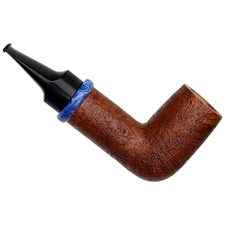 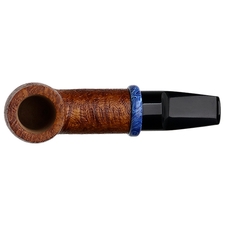 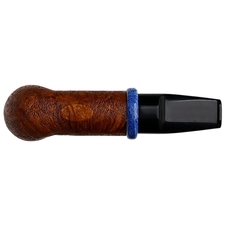 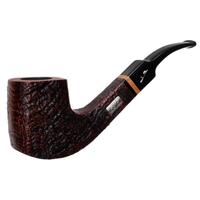 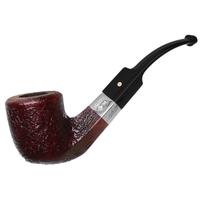 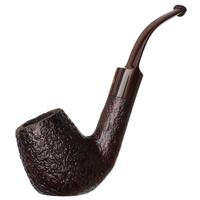 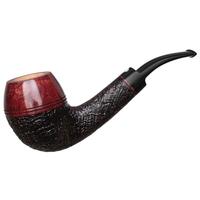 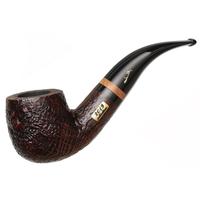 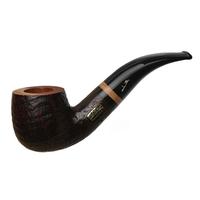 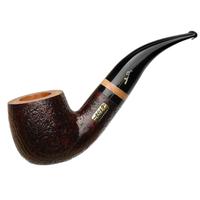 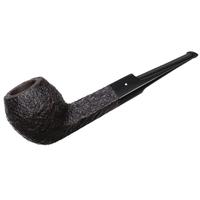