This distinctive type of Rhodesian has an unusual history, in that it stems from a single pipe that might have easily faded into complete obscurity — even if that single pipe was made by Bo Nordh. The reason for the original pipe's potential for complete obscurity was that Bo Nordh only made the one in that shape, and it was technically flawed, the chamber cutting too close to the rear face of the bowl. Although Bo Nordh himself would never get around to producing an improved re-design, years later Sara and Love of Geiger pipes did, calling it their "Bodog"; from there the improved re-conception of the old, one-of-one Bo Nordh creation spread among other independent artisans and resulted in more variations. This example by Vermont Freehand is made from morta in all black with structured, geometric grain, contrasted by the bright acrylic stem. 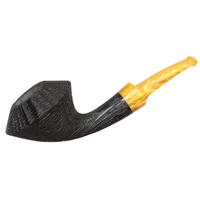 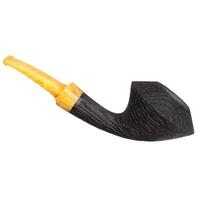 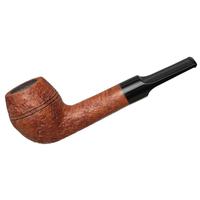 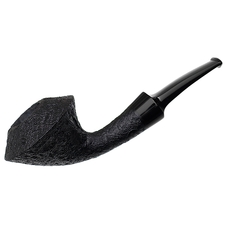 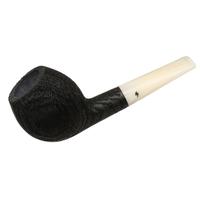 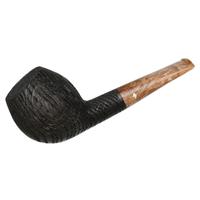 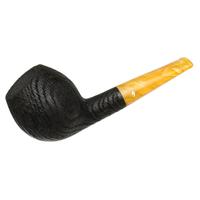 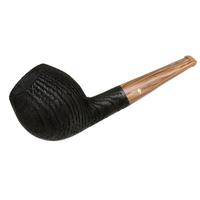 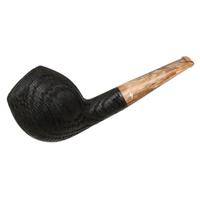 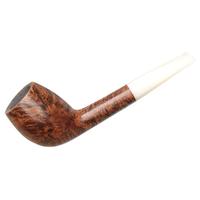 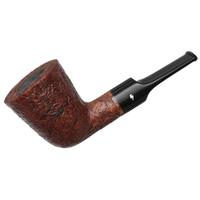