Like his renditions of the Fish shape, this bent Apple shape from Ernie Markle maintains a sincere reverence for the Danish school, with an array of cues elevated by the American carver's characteristically muscular, energetic shaping style. It's a real handful of briar too, filling the palm with loads of deeply sandblasted ring-grain. The sandblast is far craggier than the classical Danish blast, but Ernie's managed to execute it deftly while maintaining the form's supple curves. A single, unyielding curve travels from bit to rim at the underside, emphasized even further at the right flank by an Ivarssonian teardrop line, the likes of which dissolve into the bowl itself just past the transition. The textured briar is stained very dark, tastefully contrasted by a warm ruby stain at the rim, with the pale boxwood ring at the shank end providing further contrast. The domed base of the saddle stem continues the shank's shaping and echoes the bowl's plump disposition. 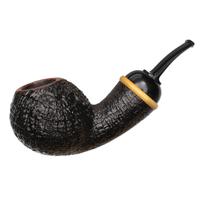 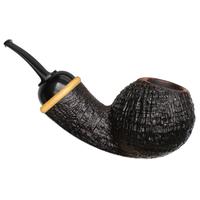 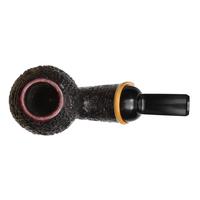 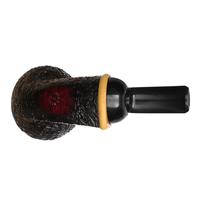 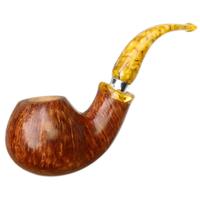 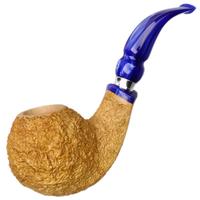 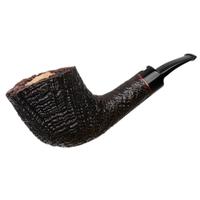 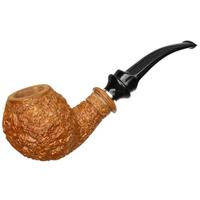 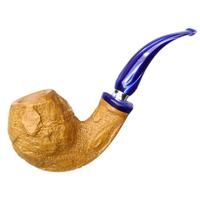 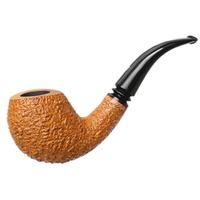 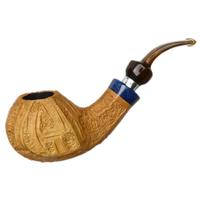 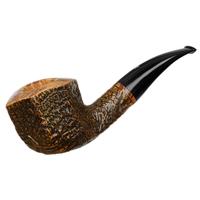 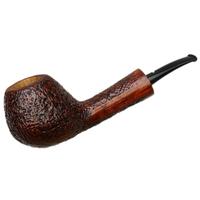