Simeon Turner was a high school English teacher when he became infatuated with pipe smoking. He became so enthusiastic that he quit teaching to make his own pipes. This piece, made in 2012, is a tall Brandy with a bowl that commands the majority of the piece's visual weight. It's covered in a medium-depth sandblast cascading down the flanks, its heel firm and solid and bearing splendid curvature, maintained by a precise transition. The shank is slender and slightly tapering as it leaves the bowl to join a pale accent and saddle stem of vulcanite. It isn't a gigantic pipe, the bowl of average size at about two inches in height, so you can readily estimate the diminutive nature of the shank-and-stem combination. Its balance is, of course, sublime, and it's in very good condition as well. 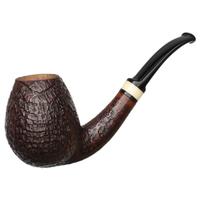 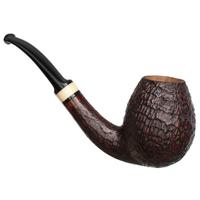 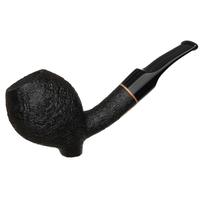 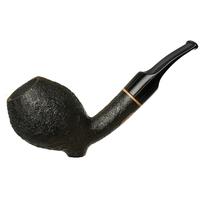 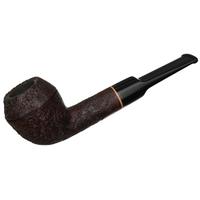 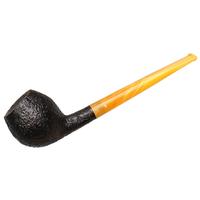 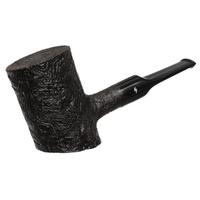 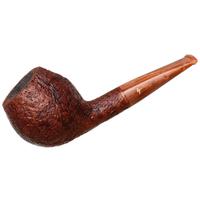 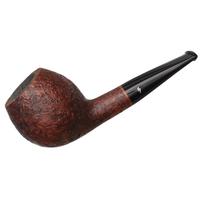 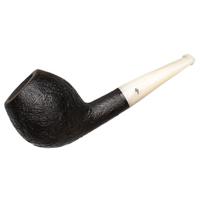 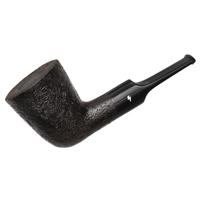